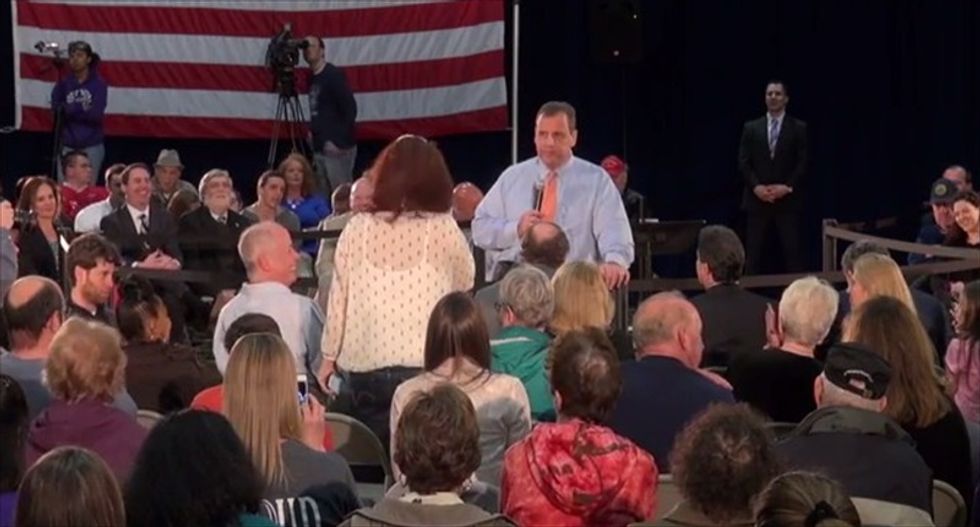 Kindergarten teacher tells New Jersey Gov. Chris Christie (R) to 'tone it down' if he wants to be president. [NJ.com]

Christie tells N.H. crowd we need to remember 'how lucky we are' on this Fourth of July

WOLFEBORO, N.H. -- Gov. Chris Christie often quotes John Adams, the Founding Father admires the most, but speaking to a group of New Hampshire Republicans Saturday morning the governor said, "it's really important to remember how lucky we are" to live in this country as the nation celebrates the Fourth of July. The governor offered the…