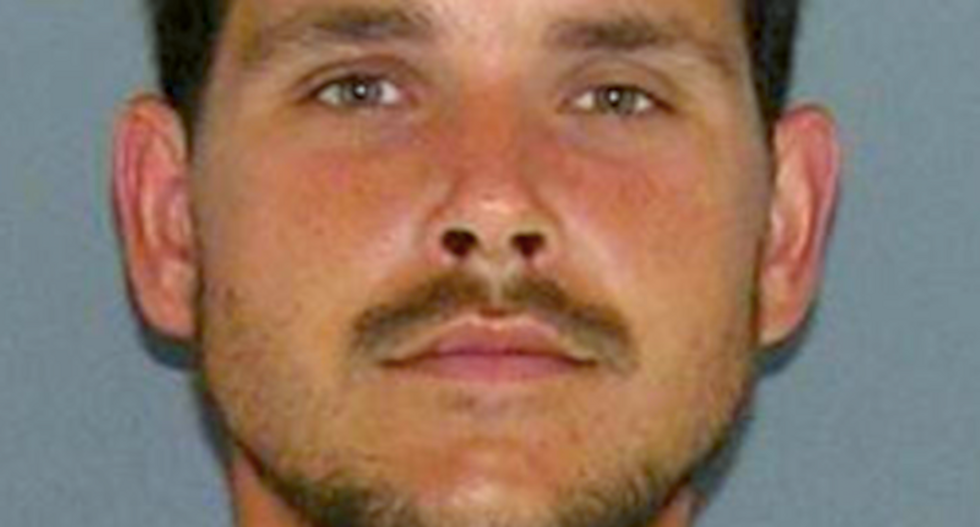 Police arrested a Cincinnati man accused of shooting a reporter from a local Fox affiliate with a bow and arrow.

Daniel Fisher was charged with assault after police said he fired an arrow from a compound bow that ricocheted off the ground and struck WXIX-TV reporter Jody Barr in the leg as he was recording video for an investigative assignment.

Barr, who was not seriously injured in the incident, said he spotted the 27-year-old Fisher carrying a bow while working in the Westwood neighborhood.

"I walked by them and I shouldn't have turned my back," Barr told the Cincinnati Enquirer. "I broke my own rule for when I'm out on the job, but it was broad daylight."

Barr said he heard the shot and saw Fisher run away after shooting the TV reporter in the leg, and a woman who had been with the shooter tried to retrieve the arrow.

"I was walking back to my news car after I finished a shoot when I stepped up on the curb and I heard the sound of an aluminum arrow hit the concrete," Barr said. "It bounced off my right leg and landed in the grass beside the sidewalk. As soon as I heard the 'tink' I knew exactly what it was. It was the same guy in the park soon after I first arrived walking around Westwood with a compound bow."

The reporter had recorded video of Fisher before the shooting, and police said they identified him from those images even though the accused assailant had changed clothes after fleeing.

The 35-year-old reporter said he had been yelled at, shoved, and threatened with arrest while working, but he had never been shot before with a projectile weapon.

"Hopefully this is the first and last time I am ever shot at by a bow and arrow," Barr said.

Fisher was charged with assault and was due in court Wednesday afternoon.