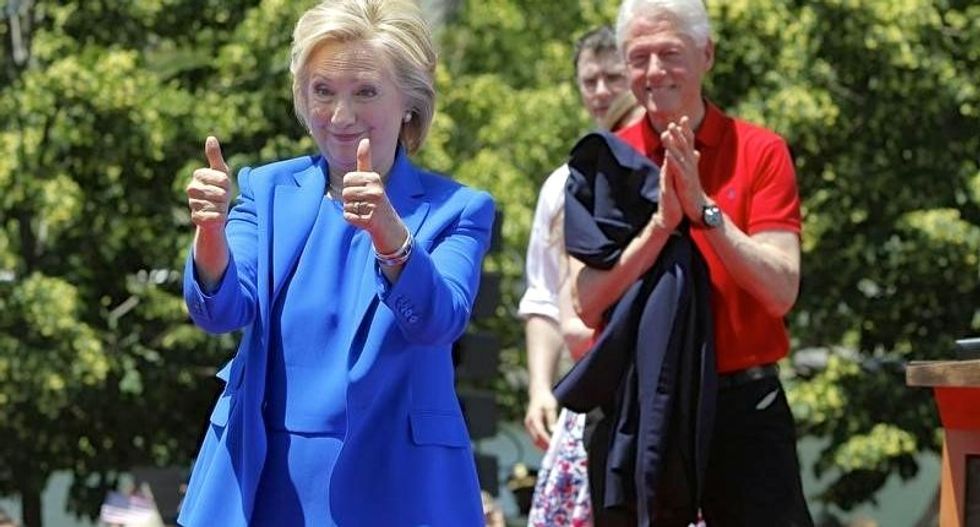 Democratic presidential candidate Hillary Clinton, in releasing eight years of tax records, said on Friday that she and her husband, former President Bill Clinton, have paid nearly $44 million in federal taxes since 2007.

In a statement accompanying her tax records, Clinton said she and her husband paid an effective federal tax rate of 35.7 percent last year and that the rate went up to 45.8 percent when state and local taxes were figured in.

"We've come a long way from my days going door-to-door for the Children's Defense Fund and earning $16,450 as a young law professor in Arkansas, and we owe it to the opportunities America provides," she said.