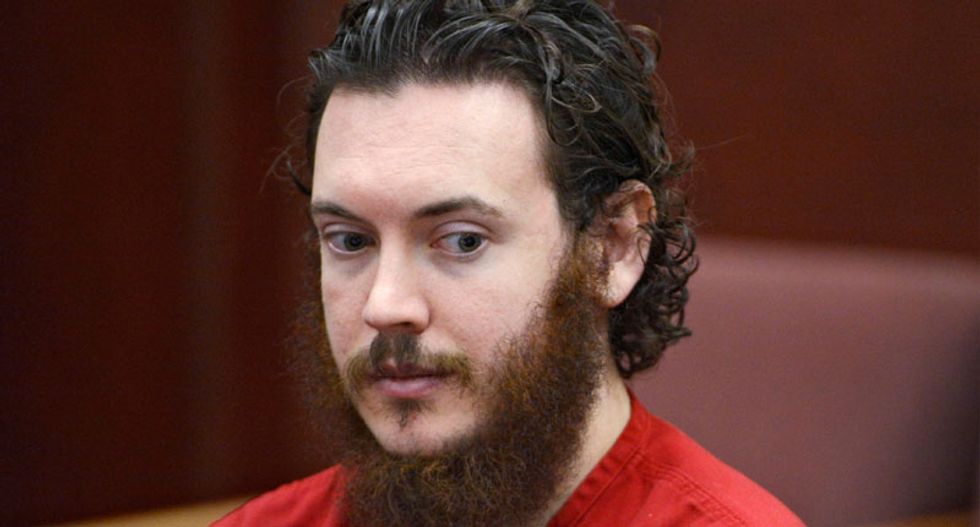 The star witness for the defense in Colorado's movie massacre trial told jurors on Tuesday that gunman James Holmes still believes his delusional theory he boosted his "human capital" by killing a dozen people in the July 2012 rampage.

Under Colorado's death penalty law, prosecutors must prove the former neuroscience graduate student was sane when he opened fire inside a midnight premiere of a Batman film at a cinema near Denver with a semi-automatic rifle, shotgun and pistol. Seventy other people were wounded.

Holmes' attorneys are due to wrap up their case this week after calling hospital and jail staff, former colleagues of the shooter from a California pill-coating factory, and a succession of psychiatrists and psychologists who studied him.

The defense team has been building up their most high profile expert witness, Raquel Gur, director of the Schizophrenia Research Center at the University of Pennsylvania.

Gur, who once examined Unabomber Ted Kaczynski and Arizona mass shooter Jared Loughner and has published some 400 peer-reviewed papers, met Holmes in jail for six sessions totaling 28 hours between December 2012 and August 2014.

She said trying to build a rapport with the defendant during their first encounter was like "pulling teeth," and that she sensed he was afraid of her. "He told me he was," Gur said.

Prosecutors say Holmes aimed to kill all 400 people in theater nine at the Century 16 multiplex in Aurora, and say he planned and carried out the rampage because he lost his girlfriend, career and purpose in life.

His lawyers say he suffers from schizophrenia, that he heard voices in his head commanding him to kill, and that he was not in control of his actions. They say Holmes believes he added to his "human capital," or worth, through the murders.

"The delusion persists ... to this day," Gur said.

Two court-appointed psychiatrists have told jurors they concluded that, while the defendant is seriously mentally ill, he was legally sane when he planned and carried out the attack.

Gur said she agreed to take the case after the defense gave her a copy of a journal sent by the gunman to a school psychiatrist. Since then, she said, she has studied about 100,000 pages of materials including police interviews, other doctors' evaluations, and Holmes' emails and online chats.

She also interviewed his parents, Arlene and Bob, she said.