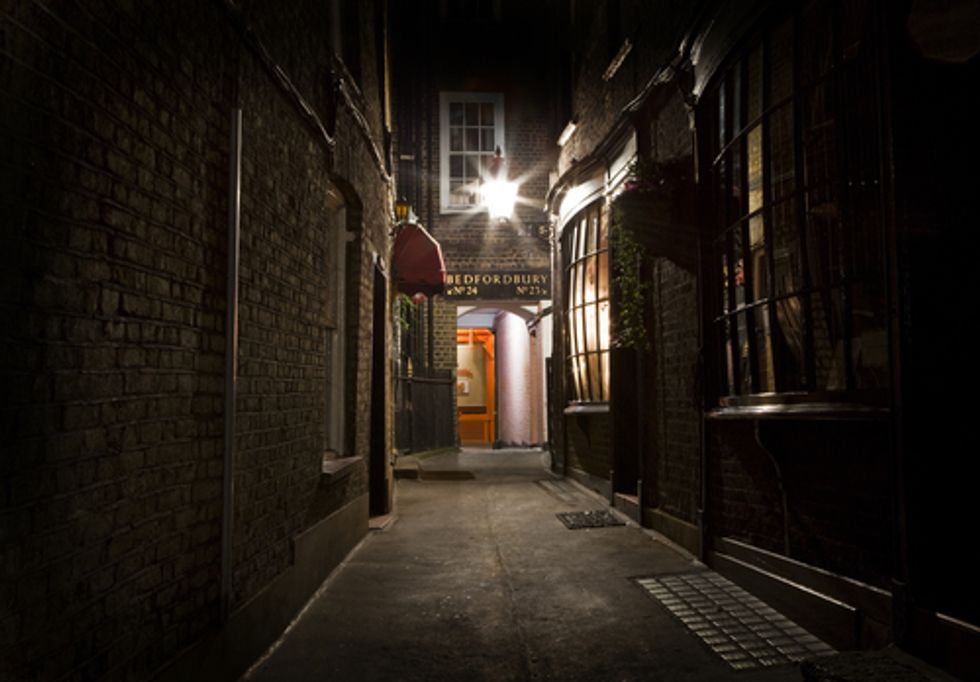 PZ Myers has drawn my attention to a bizarre controversy in London over what was supposed to be a woman-centered history museum and ended up being, no joke, a Jack the Ripper museum. The knife, no pun intended, sinks in even further when you realize that this was sold to the community as "the only dedicated resource in the East End to women’s history." From the Guardian:

The man behind the venture is Mark Palmer-Edgecumbe, a former diversity chief at Google. The detailed planning document sent last July by his architects, Waugh Thisleton, in support of the building’s conversion from disused flats into a museum, included pictures of suffragettes and 1970s Asian women campaigning against racial murders around Brick Lane.

It said: “The museum will recognise and celebrate the women of the East End who have shaped history, telling the story of how they have been instrumental in changing society. It will analyse the social, political and domestic experience from the Victorian period to the present day.”

The document cited the closure of Whitechapel’s Women’s Library in Old Castle Street in 2013 to stress that the “Museum of Women’s History”, as it was billed, would be “the only dedicated resource in the East End to women’s history”.

Obviously, the victims of the infamous Jack the Ripper were women, and I doubt anyone would protest an exhibit about their lives in such a museum. But an entire museum built around this case is not a "women's museum". As people interviewed by the Guardian point out, the location of the museum, on Cable Street, isn't even really that close to where the murders happened.

Things get even screwier when you hear the asshole who pulled this bait-and-switch trying to defend it. "It is absolutely not celebrating the crimes of Jack the Ripper but looking at why and how the women got in that situation in the first place," Palmer-Edgecumbe told the Evening Standard. As PZ Myers pointed out, that's first rate victim-blaming. There is no choice you can make that "got" you killed by a misogynist serial killer. He was the one who created the situation. Plenty of women at the time were prostitutes in the same area and while they were understandably terrified, most survived.

Obviously, what he's suggesting is that they "got" themselves into prostitution. But again, that phrasing shows a shallow mind that has no business trying to understand these issues. The lives of 19th century English prostitutes is, in fact, an interesting subject. But it's inherently a social subject as, and I can't believe this needs pointing out, most of the women who ended up in this situation had very little control over their lives, due to the crushing poverty and other issues that plagued London in that era. No one quarrels, I think, with the idea that these women are a good starting point to talk about that, in no small part because they really do seem to have been chosen at random.

But that's not really enough to constitute a women's museum. Prostitutes are hardly the only women living in London in that era, needless to say. And you can't even understand the role prostitutes  play without understanding the larger context, which is to say how other women lived and why and what part Victorian ideals about women's roles and female sexuality played in creating what is, by all measures, a historically huge class of women who were sex workers at the time. I have a funny feeling that the Jack the Ripper museum is not interested in any of that.