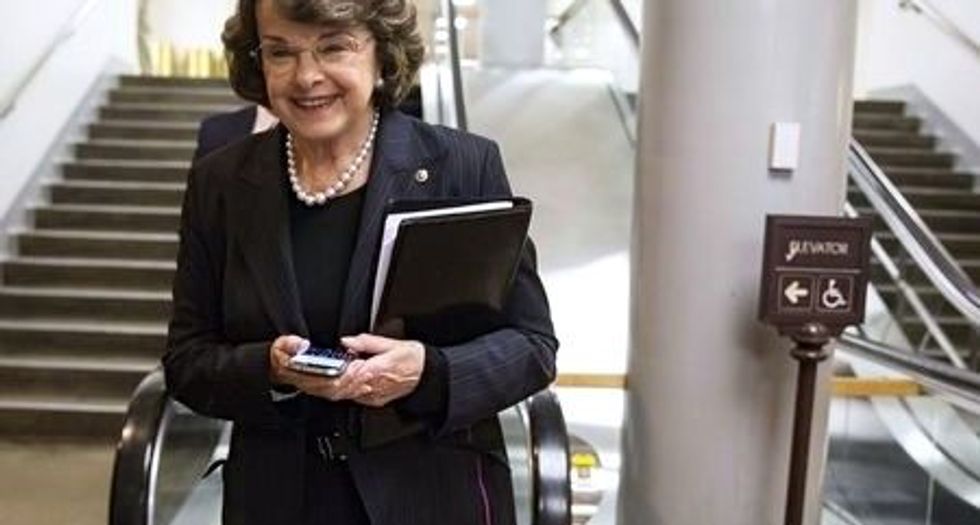 Lawmakers will examine possible shortcomings in law enforcement or intelligence in the case of a Tennessee shooting that killed five servicemen, a top Republican said on Sunday, adding that the case may be linked to Islamic State.

Senator Dianne Feinstein, the top Democrat on the Senate Intelligence Committee, said the gunman appeared to be a "classic lone wolf," but said it was difficult to know for sure given new encryption applications available to terrorists.

Feinstein said legal counsels at big Internet companies were unwilling to bar those apps and remove other explicit postings about bomb-making techniques unless mandated by law to do so.

The Federal Bureau of Investigation (FBI) is investigating Thursday's attack as an act of terrorism, but said it was premature to speculate on the motive of the gunman, Mohammod Youssuf Abdulazeez, a Kuwaiti-born naturalized U.S. citizen.

McCaul said the Chattanooga case was troubling for several reasons, including the fact that Abdulazeez's father had been on a U.S. watchlist, but that case was later closed.

FBI officials were now examining the suspect's computer, his cell phone and his travel to Jordan, McCaul said. "We'll be looking at all those details. This is one (where) we'll be conducting oversight and examining what happened."

McCaul said the U.S. government had counted 200,000 Tweets a day coming from Islamic State and had active investigations under way in all 50 states. But he said Internet calls aimed at activating people in the United States were "very hard to stop."

"This is a very difficult counterterrorism challenge in the United States," McCaul said, urging increased efforts to hit the Islamic State officials who were issuing the cyber commands.

He said the FBI had arrested individuals in 60 separate cases linked to Islamic State over the past year, including an alleged plot scheduled for the U.S. national holiday on July 4.

Representative Ed Royce, who heads the House Foreign Affairs Committee, said lawmakers were also looking at changing federal law to allow Marines and other troops to fire at attackers at U.S. facilities, much as they now can overseas.

The Marine Corps closed all recruiting stations within 40 miles of the incident in Chattanooga, and told recruiters not to wear military uniforms, said Pentagon spokesman Mark Wright.