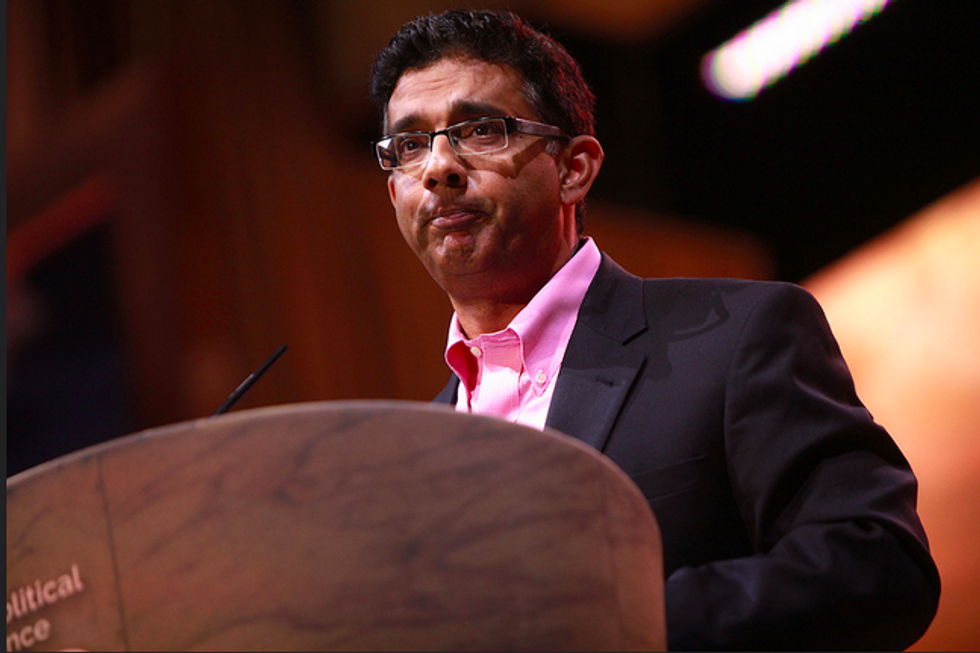 A federal judge informed D'Souza and his attorney, Ben Brafman on Monday that D'Souza must perform eight hours of community work a week during the entirety of his five-year probationary term. Brafman later indicated that the requirement was only in place during D'Souza's eight-month stay at a halfway house.

"We're talking about five years of eight hours a week?" Brafman said during the meeting with Judge Richard Berman. "This is a very serious impediment to obtaining full-time employment because you miss one day of work a week."

Brafman reportedly met with Berman while D'Souza listened in from California via speakerphone. The judge said he "never contemplated" limiting the documentarian's community service to an eight-month term. He also read from a court psychologist report on D'Souza ordering him to continue seeing him weekly for weekly therapy sessions.

Berman did rule that if D'Souza meets his community service requirement, he would be allowed to visit his mother in India and his daughter in London later this year.