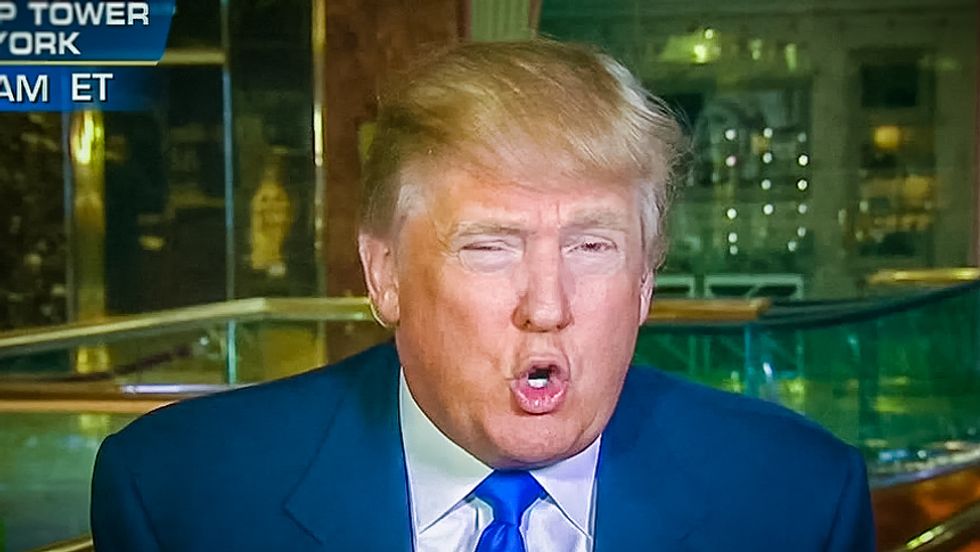 "The Donald" may have lost millions in high profile contracts after major television networks cut ties with him over racist remarks about Mexicans. But he gained some new fans: the Nazis and other racists.

While announcing his 2016 run for the presidency two weeks ago, billionaire and reality television mogul Donald Trump took the moment to say immigrants from Mexico are rapists and drug runners, While rejected by many, white supremacists say he's speaking their language, according to Vocativ.

After a firestorm of criticism that saw his television shows - including Celebrity Apprentice and Miss America pageant - cancelled on NBC and Univision, he doubled down on the comments yesterday, calling them "totally accurate," according to MSNBC.

And now he has some new fans.

"I do not believe he would solve all or even most of the problems we are facing, but he is absolutely the only candidate who is even talking about anything at all that matters," gushed Andrew Anglin, blogger for the neo-Nazi site The Daily Stormer. Trump is "willing to call them out as criminal rapists, murderers and drug dealers."

Anglin affectionately refers to Trump as "The Don."

Trump also has the support of white supremacist Kyle Rogers, who is a member of Council of Conservative Citizens, the group credited by Charleston church shooter Dylann Roof for radicalizing him. Activist Shaun King says Rogers deleted his Twitter account after the June 17 massacre at historic Emanuel AME left nine dead, but a screenshot shows Rogers hawking "Donald Trump 2016" tee shirts to his nearly-40,000 Twitter followers the day before.

White supremacist and nationalist group "White History Month" showed their admiration for Trump, posting a link to a story lauding him for "refusing to back down." The group regularly posts about supporting the Klan and wanting to create a separatist white society.

Trump may have hit a chord with hate groups because his claims that Mexicans as a group are more prone to crime echo those of white supremacist sites like Council of Conservative Citizens in that they misrepresent or manufacture facts with the purpose of creating fear and hate. The Council of Conservative Citizens' website collects headlines re-written to stoke hatred and fear of blacks, mostly, while sites like the Daily Stormer heavily target Jewish people.