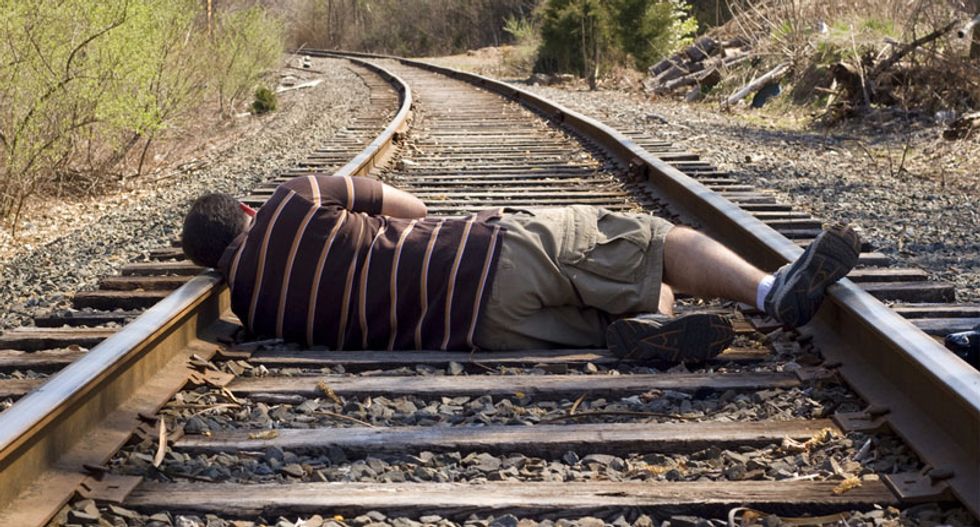 An intoxicated man who fell asleep on train tracks in New York managed to escape injury after a freight train rolled over him, according to state police.

A Pan Am conductor spotted the man on the tracks at about 10:30 p.m. and stopped the freight train, which was over a mile long. But train didn't come to a halt before the first two engines rolled over the sleeping man.

The engines were uncoupled and Collins was found on the tracks with no serious injuries -- but was still drunk.

As a precaution, he was flown to Albany Medical Center Hospital for an evaluation.