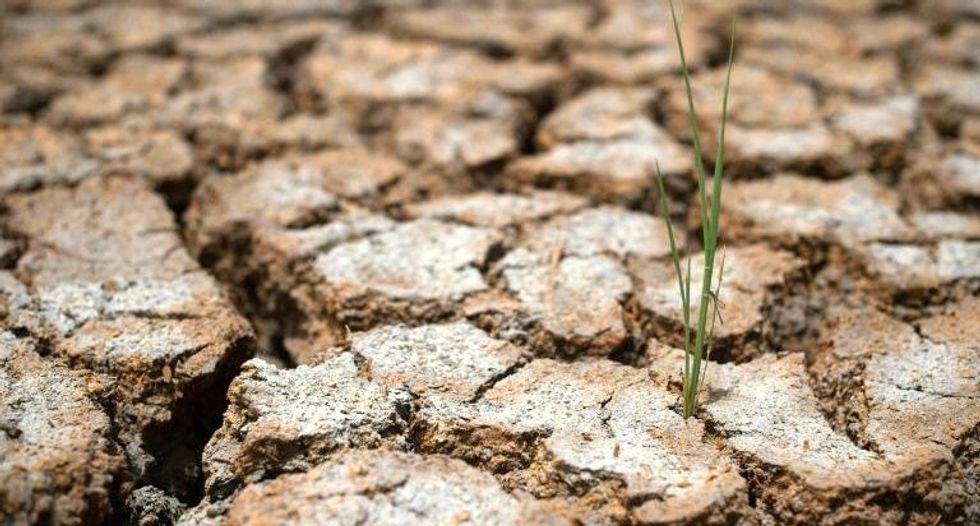 AFP/AFP/File - The unprecedented degradation of Earth's natural resources coupled with climate change could reverse major gains in human health over the last 150 years, according to a sweeping scientific review published less

The unprecedented degradation of Earth's natural resources coupled with climate change could reverse major gains in human health over the last 150 years, according to a sweeping scientific review published Thursday.

"We have been mortgaging the health of future generations to realise economic and development gains in the present," said the report, written by 15 leading academics and published in the peer-reviewed medical journal The Lancet.

"By unsustainably exploiting nature's resources, human civilisation has flourished but now risks substantial health effects from the degradation of nature's life support systems in the future."

The likely impacts on global health of climate change, ranging from expanded disease vectors to malnourishment, have been examined by the UN's panel of top climate scientists. But the new report, entitled Safeguarding Human Health in the Anthropocene Epoch, takes an even broader view.

The "Anthropocene" is the name given by many scientists to the period ?- starting with mass industrialisation -? in which human activity has arguably reshaped Earth?s bio-chemical make-up.

"This is the first time that the global health community has come out in a concerted way to report that we are in real danger of undermining the core ecological systems that support human health," said Samuel Myers, a scientist at Harvard University and one the authors.

A companion study on the worldwide decline of bees and other pollinators, led by Myers and also published in The Lancet, illustrates one way this might happen.