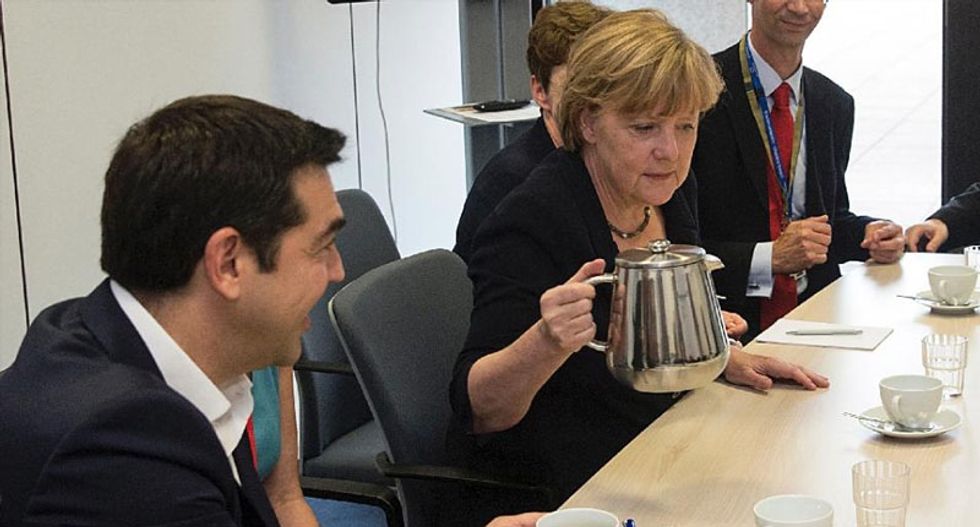 In an open letter to the German leader published online by the US magazine The Nation, they said that Greece had already complied with its creditors' push for austerity, with the result only a deep economic depression.

"The medicine prescribed by the German Finance Ministry and Brussels has bled the patient, not cured the disease," they said.

With Merkel seen now as the key to whether official creditors will bend to Athens's call for easier bailout terms, the writers called on them "to consider a course correction, to avoid further disaster and enable Greece to remain in the eurozone."

Specifically they said the country needs "a major reduction" of its debt, to accompany reforms being asked of Athens.

With only reform demands and no debt relief being offered Greece, they said: "Right now, the Greek government is being asked to put a gun to its head and pull the trigger."

"Sadly, the bullet will not only kill off Greece's future in Europe. The collateral damage will kill the eurozone as a beacon of hope, democracy and prosperity."

"To Chancellor Merkel our message is clear; we urge you to take this vital action of leadership for Greece and Germany, and also for the world. History will remember you for your actions this week."