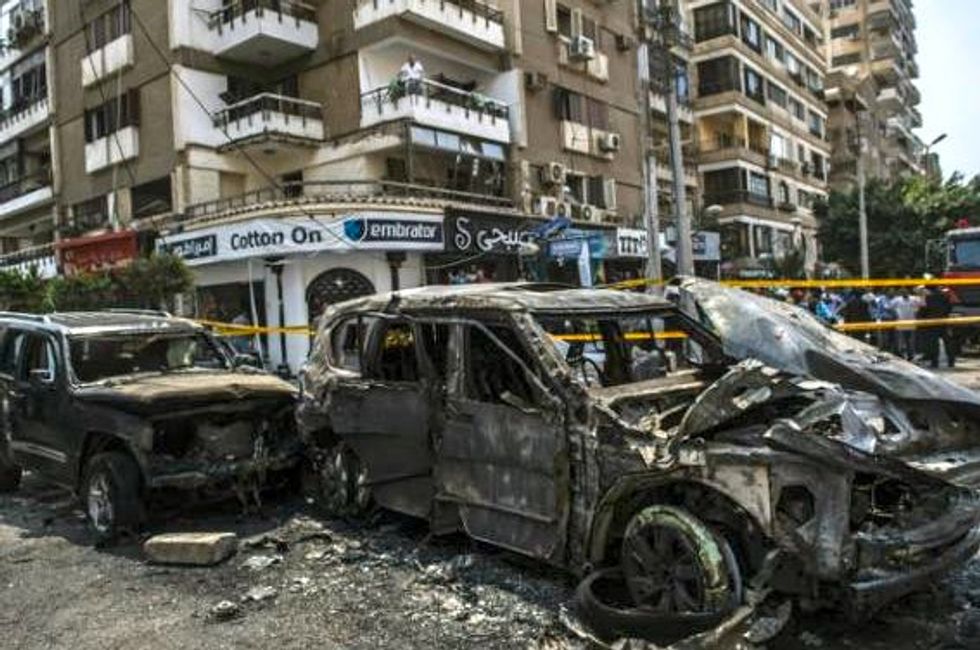 AFP/AFP - The touted anti-terror law threatened journalists with jail for reporting anything but the official line on terrorist attacks, such as the bombing of the convoy of the Egyptian state prosecutor in June

Egypt on Wednesday agreed to revise a controversial article of its touted anti-terror law threatening journalists with jail for reporting anything but the official line on jihadist attacks, state media reported.

The planned law, approved on July 1, sparked a backlash from Egyptian media after it included an article threatening at least two years in prison for publishing "false information on terrorist attacks that contradict official statements".

Egypt's cabinet on Wednesday agreed to remove the threat of jail under Article 33, but replaced it with a heavy fine, the MENA news agency reported.

"The cabinet has agreed... to remove the prison sentence under Article 33 and replace it by strengthening the fine, which can range from 200,000 to 500,000 Egyptian pounds (between 23,000 and 58,000 euros)," MENA said, quoting government spokesman Hossam al-Qawish.

But an official from the Egyptian Journalists Syndicate, Khaled al-Balchi, said the revision just created "another type of imprisonment" as the fine would still be far beyond the means of most journalists.

He also denounced the "totalitarian logic of the law, which aims to silence all opposition voices within the country".

Justice Minister Ahmed al-Zind has said the article was first adopted because of the media coverage of a wave of bloody jihadist attacks against the army in the Sinai Peninsula on July 1.

Rights group Amnesty International said the draft law "represents a flagrant attack on the rights to freedom of expression, peaceful assembly and association" and "weakens safeguards to ensure fair trials and widens the use of the death penalty".

"If approved, it is set to become yet another tool for the authorities to crush all forms of dissent," said Said Boumedouha, deputy director of the group's Middle East and North Africa programme.