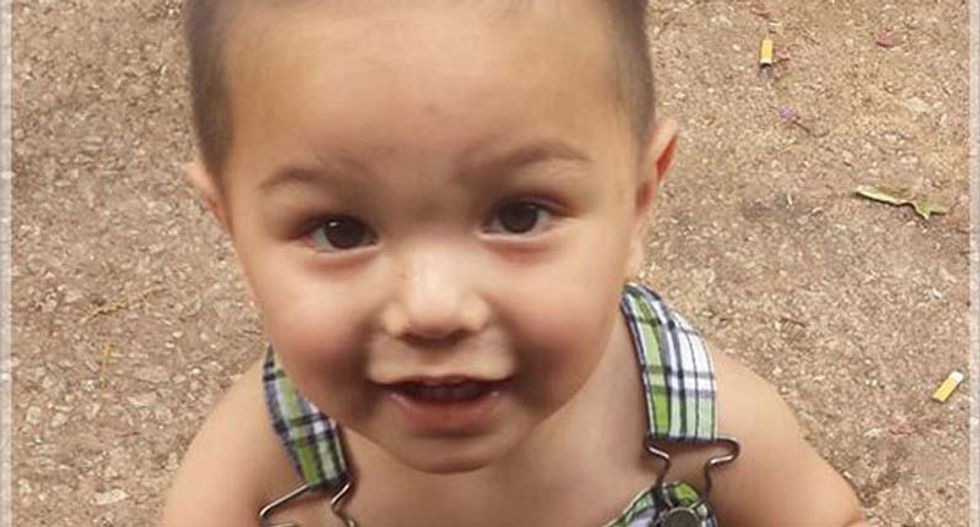 A federal grand jury in Georgia on Wednesday indicted a former sheriff’s deputy involved in a drug raid that left a 19-month-old child severely burned from a flash bang grenade explosion.

The indictment charges former Habersham County deputy Nikki Autry, 29, with providing false information to a judge in order to obtain a search warrant for the raid, the U.S. Attorney’s office for the Northern District of Georgia said.

“Without her false statements, there was no probable cause to search the premises for drugs or to make the arrest,” acting U.S. Attorney John Horn said in a statement. “And in this case, the consequences of the unlawful search were tragic.”

The toddler, Bounkham Phonesavanh, was asleep in his playpen during a “no knock" raid in May 2014 to arrest a suspect that police said had sold methamphetamine to an informant.

But prosecutors say Autry knew that no one in the residence had purchased the drugs from a police informant and did not confirm that many people were coming and going from the home.

The suspect, a relative of the child, was not in the house during the raid but was later arrested nearby, police have said.

Habersham County Sheriff Joey Terrell has called the boy's injuries devastating but unavoidable, saying police who tossed the grenade to distract the suspect did not believe children were in the home.

The child has undergone 10 surgeries since being injured, the family's attorney, Mawuli Davis, said earlier this year.

A county grand jury last year refused to indict the deputies in the raid, saying they did not intentionally injure the child and were not criminally negligent. But the grand jurors did issue a 15-page report suggesting how to prevent a similar tragedy from occurring.

Autry is charged with four counts of civil rights violations for allegedly depriving the occupants of the residence of their right to be free from unreasonable searches and seizures by a police officer.

She will be arraigned by a U.S. magistrate judge later this week, the U.S. Attorneys office said.