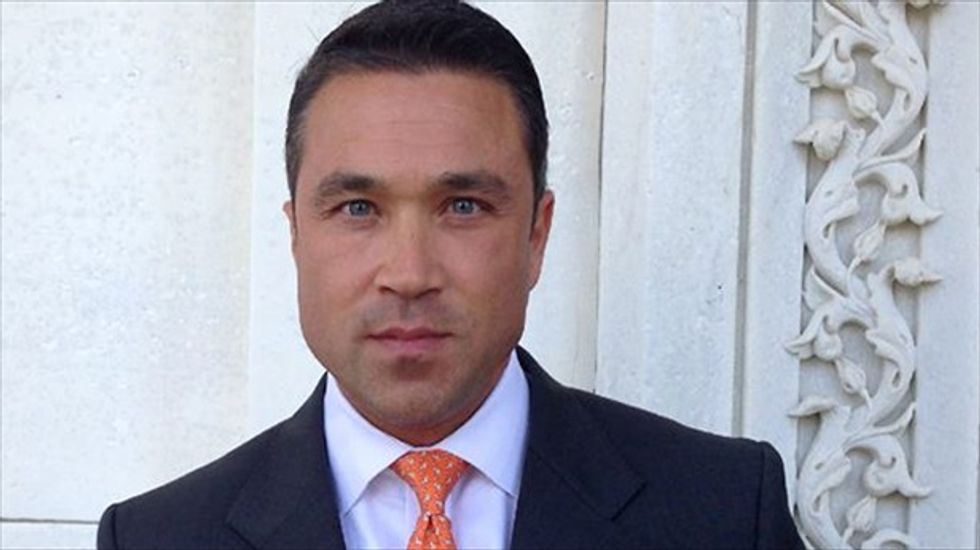 Grimm, a Republican who represented the New York City borough of Staten Island, admitted in December that he underreported employee wages at Healthalicious, a restaurant he co-owned before embarking on his political career.

A former Marine and FBI agent who joined Congress in 2011, Grimm previously made headlines in January 2014 when he threatened to throw a television reporter off a balcony.

He won re-election in a landslide last year despite his indictment on 20 federal charges, including allegations that he hired illegal immigrants and paid employees under the table.

He pleaded guilty to one count in December and vowed not to resign, but he stepped down one week later after pressure from Republican leadership.

As part of his plea, Grimm signed a statement of facts that contained additional admissions, including that he concealed more than $900,000 in gross receipts from 2007 to 2010 and committed perjury during a 2013 deposition.

Lawyers for Grimm asked U.S. District Judge Pamela Chen not to impose prison time, saying his crime was an aberration in a life of public service.

But prosecutors questioned whether he was truly remorseful about his actions and said incarceration was warranted by the seriousness of his offense.

Before the indictment, Grimm was perhaps best known nationally for his confrontation with the reporter.

“I’ll break you in half,” he told the reporter, who had asked about an ongoing probe of Grimm’s fundraising. “Like a boy.”

The Healthalicious case stemmed from that investigation, which also led to the indictment of Grimm's former fundraiser Diana Durand.

Durand was sentenced to three months in prison after pleading guilty to charges that she funneled illegal campaign contributions to Grimm’s campaign.