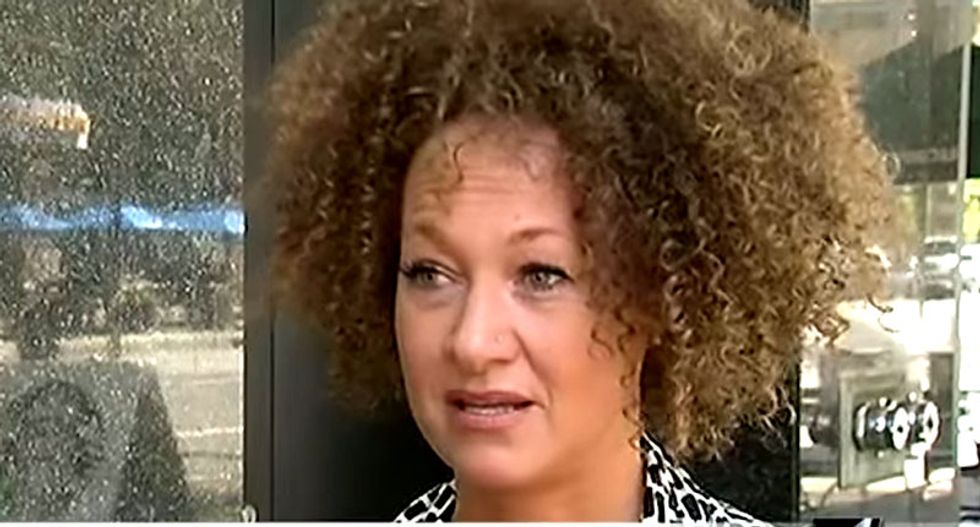 A civil rights activist who drew national attention for self-identifying as a black woman despite being the child of white parents, told magazine Vanity Fair she did not lie, but her critics are limited by their views of race: "I would say I'm black."

Washington state activist Rachel Dolezal, 37, resigned in June as president of the Spokane chapter of the National Association for the Advancement of Colored People, a leading civil rights organization, amid reports she was falsely claiming to be black.

Dolezal came under intense scrutiny when a white couple who identified themselves as her estranged biological parents told U.S. media she has Caucasian roots. She was raised in a home with adopted black siblings, attended historically black Howard University, and has produced art work and taught classes about black culture.

"It's taken my entire life to negotiate how to identify, and I've done a lot of research and a lot of studying," Dolezal told Vanity Fair in an interview published on Sunday.

"I could have a long conversation, an academic conversation about that. I don't know. I just feel like I didn't mislead anybody; I didn't deceive anybody," Dolezal said, according to the magazine.

"If people feel misled or deceived, then sorry that they feel that way, but I believe that's more due to their definition and construct of race in their own minds than it is to my integrity or honesty, because I wouldn't say I'm African American, but I would say I'm black, and there's a difference in those terms," she said.

Her self-expression triggered a national debate over the bounds of racial identity and self-identification.

After she stepped down as local NAACP president, Eastern Washington University did not re-new her teaching contract, and the Spokane City Council ousted her from a municipal police oversight commission over conduct violations.

Court records show that while a graduate student in the fine arts program at Howard, Dolezal filed a lawsuit against the school claiming she was discriminated against for her race, gender and pregnancy. She lost the case, and an appeals court ordered her to repay the university's legal costs.

"You can't just say in one sentence what is blackness or what is black culture or what makes you who you are," Dolezal told Vanity Fair.