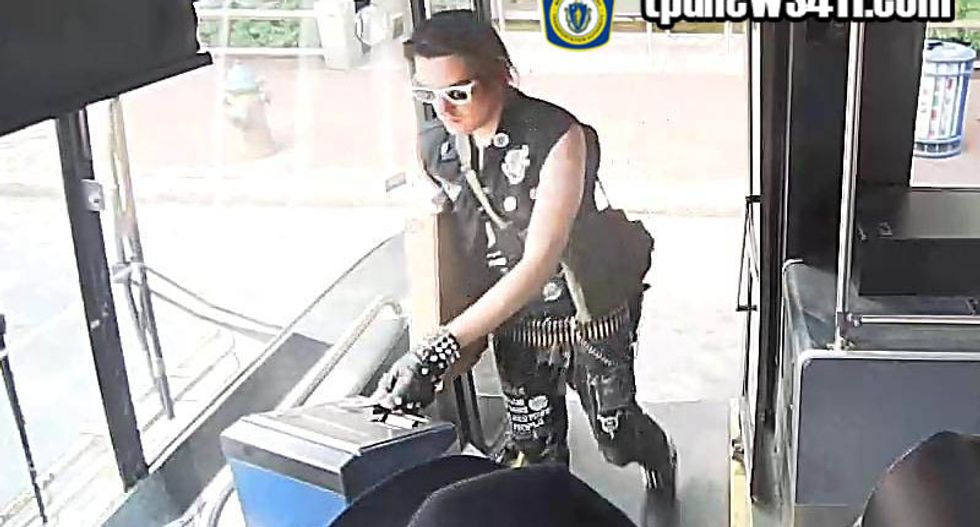 A 26-year-old Massachusetts man wearing a black outfit studded with chrome spikes was arrested Friday afternoon after fake ammunition strapped to his waist caused "panic" on a public bus in Boston.

Boston police said people began calling 911 after Kevin Young of Watertown "boarded the bus with what appeared to be military grade ammunition strapped around his waist."

The bus driver told police that he had pulled over the vehicle because passengers "were in a panic," fearing the ammo-clad man was preparing to open fire.

Young was stopped by police after exiting the bus, and officers determined that the ammunition was fake.

"Officers recovered 69 replica bullets in all," the Boston police said in a statement. "The suspect was wearing what was described as spiked fighting gloves and spiked leather bracelets."

Vanyaland noted that bullet belts have long been a fashion accessory for "metalheads and punks."

Prosecutors on Monday dropped charges of unlawful possession of ammunition, unlawfully carried dangerous weapon and disorderly conduct against Young after determining the ammunition "could not and weren’t intended to be fired," CBS Boston reported.