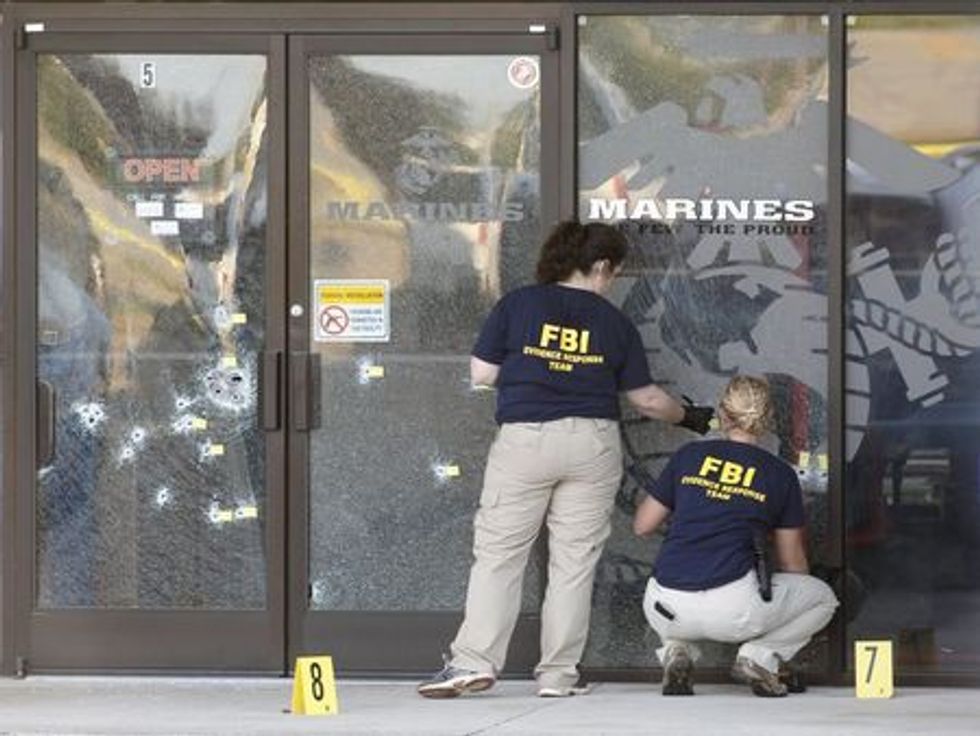 The FBI said on Thursday it had found nothing that ties a man suspected of gunning down four Marines in Chattanooga, Tennessee, to an international terrorist organization.

At a news conference, the FBI said it was still looking for a motive behind the attack on two military facilities that also left three people wounded. The gunman, identified by federal authorities as Mohammod Youssuf Abdulazeez, was also killed.

An autopsy would determine the cause of the suspect's death, Edward Reinhold, special agent in charge of the FBI's Knoxville, Tennessee, division told reporters.

The Department of Defense will decide whether to release the names of the Marines killed, he added.