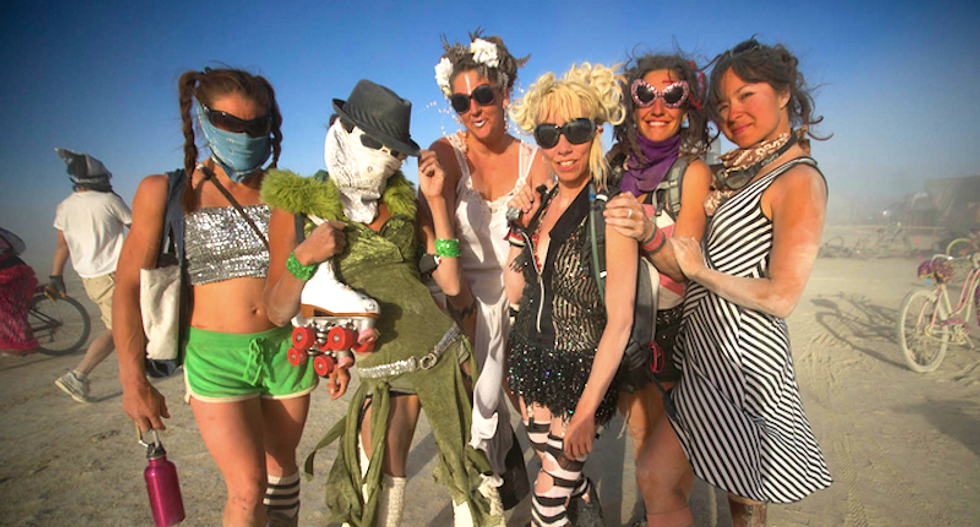 Lavish requests by federal authorities for flush toilets and 24-hour access to soft-serve ice cream at Burning Man are putting Sen. Harry Reid (D-NV) and Nevada Republicans on the same side as hippies.

The Bureau of Land Management is denying a permit to hold the music and cultural festival on public land unless organizers pay more than $1 million to house "VIP" agents in an air-conditioned compound with couches and hot water, reported the Reno Gazette-Journal.

The federal agency administers the land where the event is held, and authorities want to send additional agents to oversee the festival in Black Rock Desert after a woman was run over and killed by a vehicle there last year.

Organizers paid $4 million last year to obtain a permit for the 70,000-person event, but they have not yet been granted approval for this year’s festival -- which includes the unprecedented lodging request.

The agency – which was embroiled in an armed standoff last year with scofflaw rancher Cliven Bundy and his militia supporters – argued in its requests that agents needed to be fresh and comfortable to oversee the Aug. 30-Sept. 7 festival.

It’s not clear who the “VIP” agents are, but past festivals suggest the BLM compound will also house top Department of Interior and Justice officials and members of Congress.

However, this year’s requests – most of which cite BLM Special Agent Dan Love as the requesting agent – are the most lavish and extensive made yet.

Celebrities and other wealthy attendees often pay for their own luxury accommodations at the festival, but the BLM wants event organizers to foot the bill.

Sen. Harry Reid (D-NV) was peeved by the extravagant requests and asked the BLM’s parent agency, the Department of the Interior, to urge officials to just camp out in the desert.

"Part of Burning Man’s philosophy is self-reliance, and living with the elements is part of the experience," Reid said.

BLM officials, however, aren’t backing down and say they need the amenities to remain properly rested so they can keep festival-goers safe in the extreme conditions.

Reid, whose former senior adviser now heads the BLM, finds himself on the same side as Nevada Republicans who want to make sure the event – which brings an estimated $44 million or more to the state – goes on as scheduled.