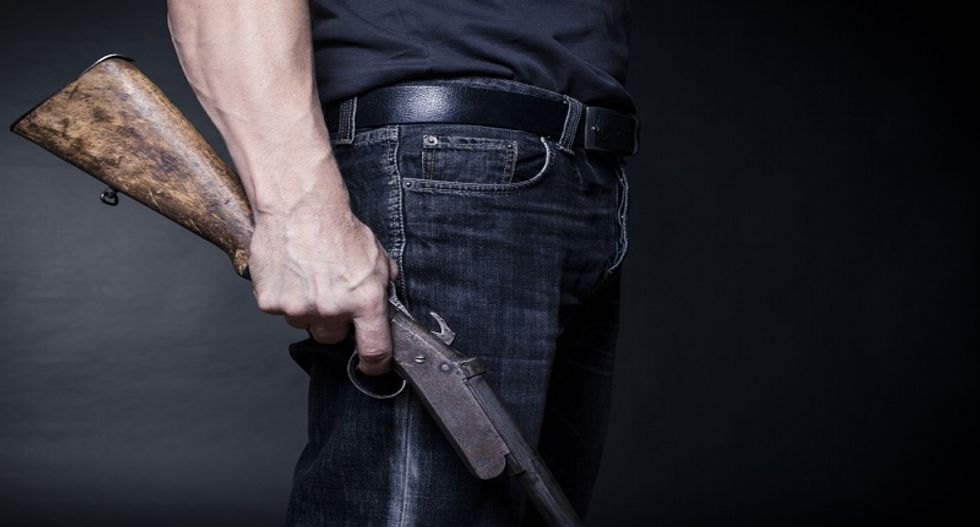 A teenager is recovering after trying to visit his girlfriend over the weekend, only to be met by her stepfather who was determined to keep him away.

The boy suffered graze wound to his face after staring down the barrel of a shotgun, according to the Orlando Sentinel.

"The father and victim do not have a good relationship," Lt. Paul Hopkins, of the Orange County Sheriff's Office, told WFTV.

Determined to see his girlfriend nonetheless, the boy drove up to her home at about 4 p.m. on Sunday and was confronted by two shotgun wielding men; her stepfather, Alvin Knight, and his friend. Instead of leaving, the 16-year-old placed the barrel on his face and dared Knight, saying he was unafraid.

The blast only grazed the youngster's face, the Sentinel reports. The boy is expected to recover. Authorities told WFTV that the gun discharge was accidental.

Knight, 50, was charged with aggravated battery with a firearm, but posted bail and was released Saturday, according to local FOX35.