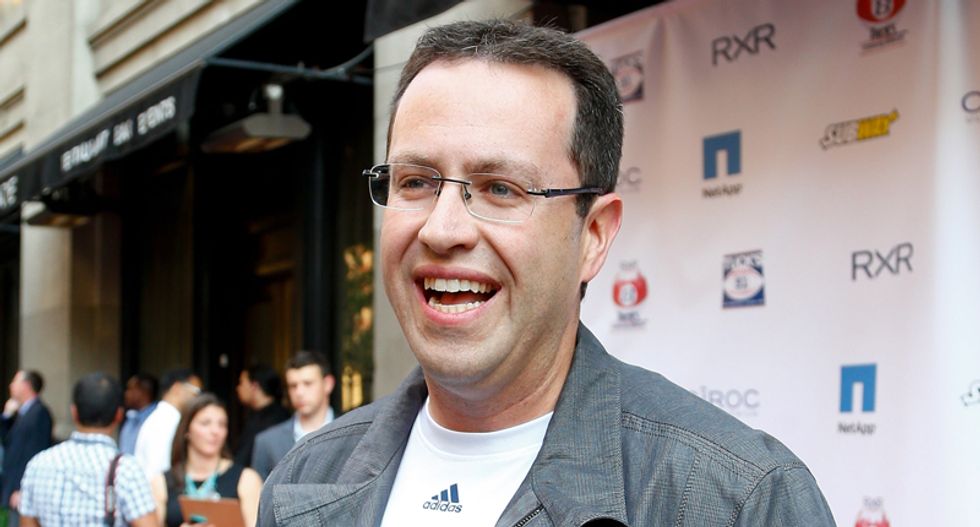 A Florida woman has come forward saying she was asked by the FBI to wear a wire when speaking with Subway spokesperson Jared Fogle after she went to them saying he made inappropriate comments to her about teens and pre-teens.

Fogle is currently under investigation by the FBI, and the sandwich chain has already cut ties with the longtime pitchman who rose to fame in 2000 after losing over 245 pounds while eating healthier at a Subway franchise near his college dorm.

In an interview with WWSB, the unidentified woman said she had multiple contacts with the healthy-eating advocate at American Heart Association events over ten years and that she was disturbed by some of the comments he made after visiting local schools and meeting with students.

"He said something to me when we were off camera and that really stuck with me. I thought to myself, 'did he really say that to me?'" said the woman, adding that he allegedly told her, "Middle school girls are hot."

The woman claimed Jared made more inappropriate comments, but she won't go into much more detail, only saying, "They weren't jokes. They were very serious."

After going to the authorities the woman agreed to wear a wire when meeting with Fogle, with the FBI confirming her concerns led them to open the investigation.

"It was the right thing to do, and I was able to do it and I have fortitude to do it. That's the main reason I did this," she said.

Questions were raised about Fogle dating back to 2007 when a VH1 report alleged Fogle had run a pornography rental business out of his dorm room at Indiana University. According to the report, Subway had opened a location close by his room and he ate there frequently because his video rental business kept him in constant demand.

Watch the video below from WWSB: