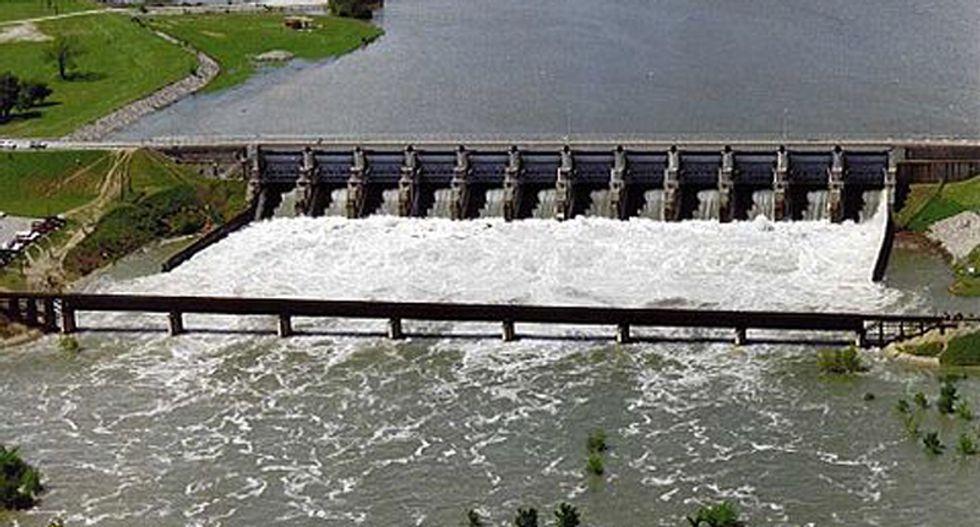 Aerial view of Lavon Dam and Lake on the East Fork of the Trinity River in Collin County, Texas, USA. The dam was constructed in 1953 by the U.S. Army Corps of Engineers for flood control and water supply. View is to the north.

Emergency crews are searching for former NFL receiver JaJuan Dawson, who went missing over the weekend after falling from a boat and into a lake in northern Texas, officials said on Monday.

Two adults and three children were on the boat when Dawson, 37, fell into Lavon Lake, northeast of Dallas, on Sunday night. Alcohol is not suspected to be a factor in the incident and no one else has been reported missing, Texas Game Warden and local fire department officials said.

Family members told broadcaster NBC-5 that Dawson was not wearing a life preserver and may not know how to swim.

The Cleveland Browns drafted Dawson in 2000 and he played there for two seasons. He also played with the Houston Texans and Indianapolis Colts.

During his four seasons in the National Football League, he had 52 receptions for 664 yards and two touchdowns, according to the league's statistics.