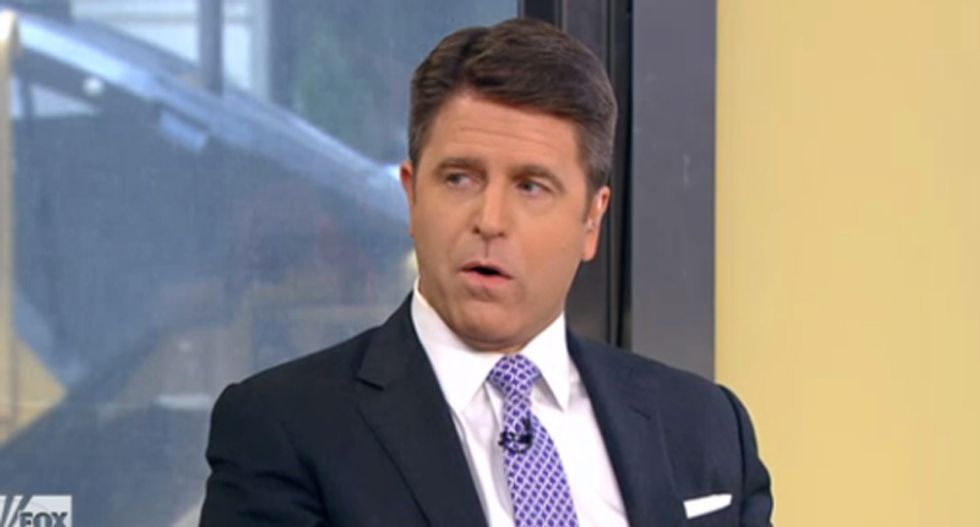 A pulp thriller writer appearing on Fox's Outnumbered suggested that the toughest -- and therefore the most important question -- that should be asked of Democratic presidential front runner Hillary Clinton in an upcoming CNN interview is "Where were you when Benghazi happened?"

With host Andrea Tantaros congratulating herself for predicting Clinton would sit down with  a female journalist -- calling it "calculated" -- the four female co-hosts took turns making suggestions for questions to be asked of the former Secretary of State.

Turning to guest Thor, host Sandra Smith asked, "Okay, Bradley, what are the chances she's going to get these hardballs?"

"It's gonna be a softball." he replied. "I mean, short of sitting down with Chris Matthews, I'm not sure how much easier it can get for her. Every single thing they do is stage-managed....You are not going to see CNN ask her 'Can you name an accomplishment.'"

Speaking of interviewer Keilar, Thor added, "She could shoot to stardom, this Briana who is doing the interview. She could be a superstar if she asked tough questions. But we know she's not going to."

Smith then pressed Thor, asking: "What would be a tough question?"

"Where were you when Benghazi was happening," he replied. "Where were you, give us a moment-by-moment account where you were and what you did as the annex was under attack."

Despite Clinton testimony before the Senate Foreign Relations committee on January 23, 2013, stating "I was notified of the attack shortly after 4 p.m. Over the following hours we were in continuous meetings and conversations, both within the department, with our team in Tripoli, with the interagency and internationally,”  Tantaros complimented Thor on his suggestion, calling it a "great question."