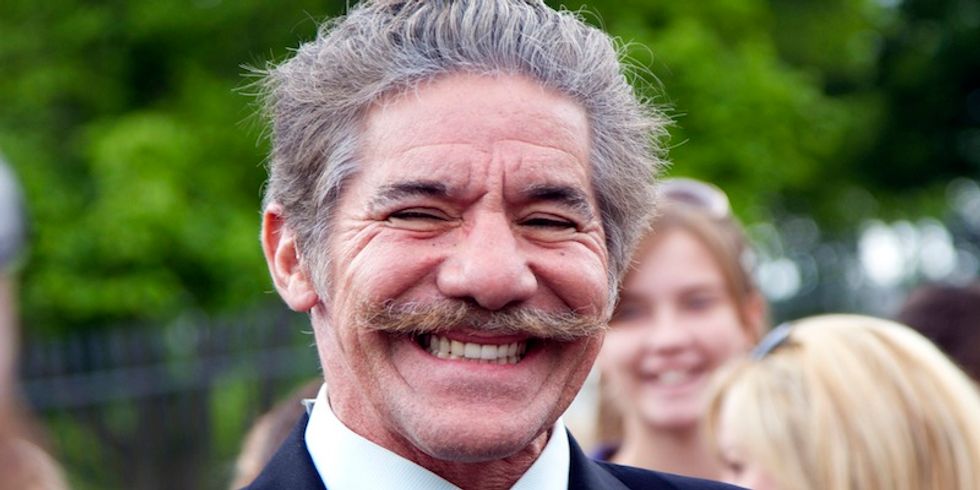 Reporter/entertainer Geraldo Rivera is famous for speaking truth to power, and shifting blame away from racism and onto Black people. Who can forget when he spoke the uncomfortable truth that nobody wanted to say, but that everyone who has ever seen a sweatshirt with a hood knew and felt: "I think the hoodie is as much responsible for Trayvon Martin’s death as George Zimmerman was." So true.

Well, now, Rivera is back with more cultural critique and reality distortion. Appearing on the Fox News program, The Five, on Monday night, Rivera indicted Hip-hop artist Kendrick Lamar's performance of "Alright" on Sunday night's BET Awards, in which he rapped, "We hate the po-po, wanna kill us dead in the street fo sho." Rivera described the performance and song as

not helpful, to say the least. This is why I say that hip-hop has done more damage to young African-Americans than racism in recent years. This is exactly the wrong message.

I think we can all agree that, over the past few years, hip-hop and their lyrics, especially their critique of police brutality, have claimed way more lives than actual police brutality, AND institutionalized racism combined.I'm not sure how, exactly. But I feel it. In my gut. And my gut is never wrong. Except when it's full and I feel hungry.

But it's not just Rivera who has a problem with Lamar. The hip-hop artist may seriously want to reconsider his lyrics, given that The Five co-host Kimberly Guilfoyle was "not feeling it" either. And she is one down, white ally! Speaking the hip-hopese in which she is so fluent, she said of the song,  "personally, it doesn't excite me, it doesn't turn me on, it doesn't interest me. I'm not feeling it." And you know what they say: as Guilfoyle goes, so goes the hip-hop community.