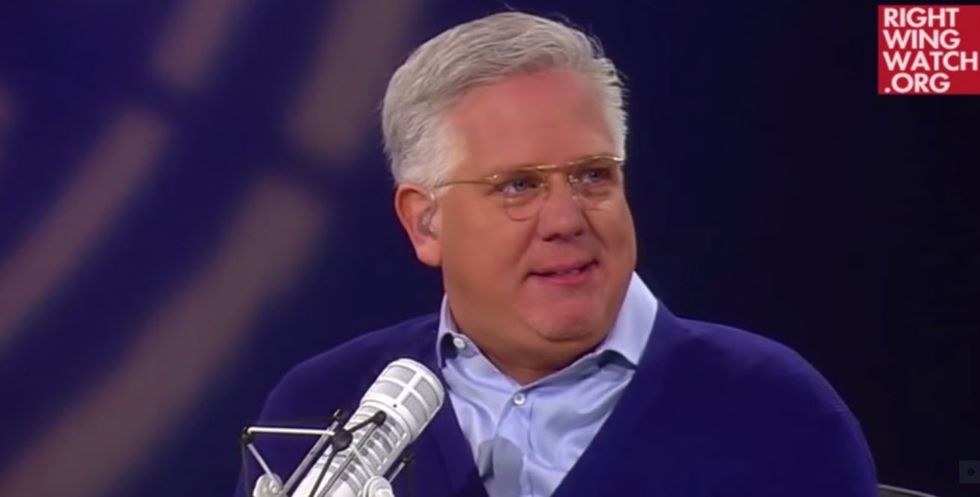 Reports of an active shooter at the Washington Navy Yard early this morning turned out to be a false alarm. But that didn't stop Glenn Beck from saying the non-existent shooter was a Muslim during his radio show, Right Wing Watch reports.

Authorities responded after an employee at the yard reported hearing shots fired, prompting the facility to be locked down. The Navy Yard was the site of a deadly 2013 shooting rampage that took the lives of 12 people.

"Yes of course they're Muslim, but they were just 'stressed out,' that's what we'll probably find out," Beck said sarcastically. "And it has nothing to do with Islam."

Beck said he is tired of the explanation of "a lone gunman who has nothing to do with Islam, it's just his three middle names and his last name are Muhammad... I'm tired of the [politically correct] stuff."

He also said that gunmen responsible for mass shootings "rarely turn out to be a conservative."

"We're gonna lose our guns, we're gona lose our guns. With the shootings, they're just gonna start taking away guns," he said, adding that if somebody had a gun during the mass shooting in Charleston on June 17 "they could have stopped the racist."

Beck's leap from a Muslim shooter to looming gun confiscation came shortly after the emergency call was made at 7:30 a.m. Eastern, prompting a massive law enforcement response.

"I didn’t get a sense of panic or chaos, it was such an overwhelming response from the police," said Navy Yard employee Karl Shipps. "It was obvious that it was very well-orchestrated."

By the time Shipps arrived for work, the entire block had been shut down by police.

"It was very impressive," he said. "I’ve never seen so many police cars in my life."

An all-clear was called later in the morning, and authorities are unsure of what the noise may have been that caused a worker to believe she heard gunshots, NBC News reports.