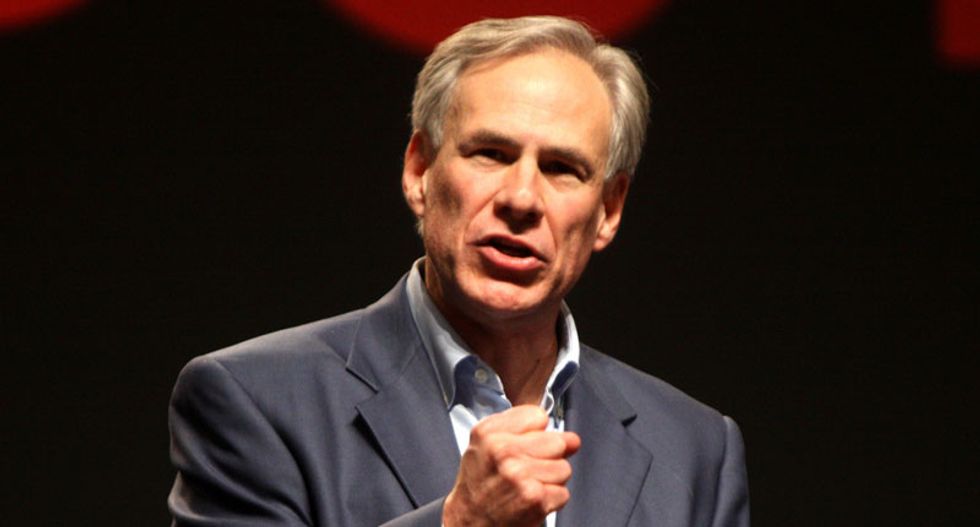 Texas Gov. Greg Abbott was in New York promoting his home state of Texas, but maybe New Yorkers weren't quite on board.

As he was boarding a flight home Tuesday night, a man approached him, shook his hand, then cursed him out because of Abbott's vocal opposition to gay marriage.

"I hope you [expletive] go to hell because of your stance on gay marriage," the 32 year old told him, later adding, "I'm going to see you on the plane," according to the Austin American Statesman.

The man, who was not identified, was instead pulled off the flight and given a hotel room and a new flight departing Wednesday, the paper reported. The incident alarmed other passengers waiting to board flights at the Port Authority. Abbott was waiting with his family and staffers.

Abbott, who was the state attorney general before he was elected governor, has been a vocal opponent to same-sex marriage.

He last year defended Texas' ban on same-sex marriage by arguing the ban encouraged heterosexual couples to marry and have children, the Houston Chronicle reported.

"First, Texas’s marriage laws are rationally related to the State’s interest in encouraging couples to produce new offspring, which are needed to ensure economic growth and the survival of the human race," he wrote in a filing defending the ban last year. "By channeling procreative heterosexual intercourse into marriage, Texas’s marriage laws reduce unplanned out-of-wedlock births and the costs that those births impose on society. Recognizing same-sex marriage does not advance this interest because same-sex unions do not result in pregnancy."

Abbott is among conservative politicians who have vowed to fight the Supreme Court's marriage equality ruling, the New York Daily News reports.