'He is drunk as hell, ma'am': Cincinnati cops charged in cover-up of crash involving controversial officer 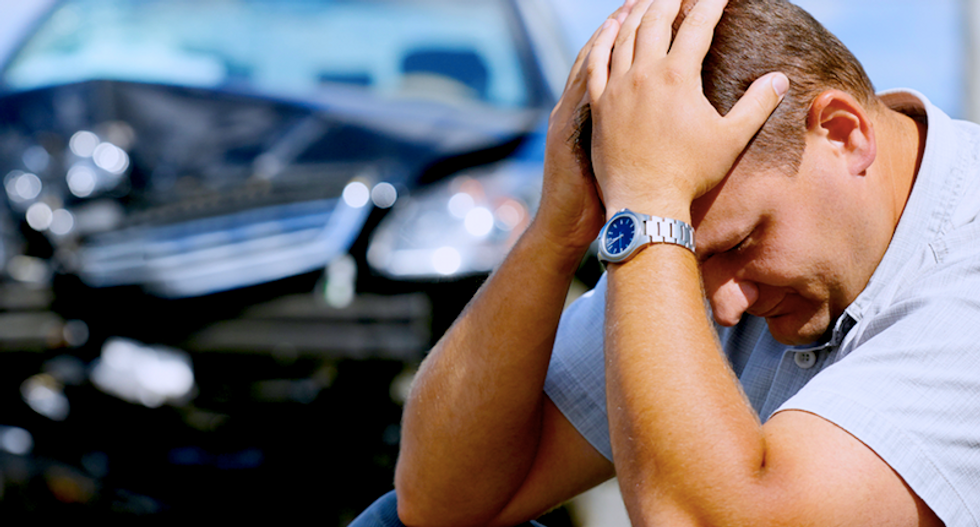 Three Cincinnati police officers have been suspended after they were charged with covering up a crash that involved another officer who fatally shot a musician four years ago.

Sgt. Andrew Mitchell crashed his personal vehicle while off-duty about 5 a.m. on March 22 in the city’s West End neighborhood after three witnesses reported an apparently drunk driver in a van just like his, reported WLWT-TV.

"This man in a gray van was flying around the corners,” one caller told 911 dispatchers. “He is drunk as hell, ma'am, he is drunk as hell. He ran every stop sign. He was right in front of me."

Officer Jason Cotterman was called to the scene to investigate, and the initial police report indicated Mitchell had swerved to avoid a left-of-center vehicle and crashed into a utility pole in the 600 block of West McMicken Street – where 42 people were arrested a month later in a prostitution blitz.

The police report made no mention of Mitchell’s position as a police sergeant or the location of the crash, and officers failed to account for his activities prior to the crash.

Cotterman and Sgt. Richard Sulfsted prevented other investigators from testing Mitchell’s sobriety and arranged for him to be taken home without charging him, according to court documents.

The police department launched an internal affairs investigation after learning of a possible cover-up, and they found the officers had ignored witness statements and failed to properly investigate the crash or its cause.

Police Chief Jeffrey Blackwell said the situation was quickly handled after investigators learned of the apparent cover-up, but local media have been requesting records – including the 911 call recordings – since at least April.

Mitchell was charged Friday with reckless operation of a vehicle, operation without reasonable control of a vehicle and a safety belt violation, and his police powers were suspended until the case is resolved.

Cotterman and Sulfsted were each charged Saturday with two counts of dereliction of duty and four counts of obstruction of justice, and they were also suspended.

Sulfsted was also charged with illegal conveyance of weapons, drugs or other prohibited items onto the grounds of a detention facility -- but it's not clear whether that count is related to the crash and cover-up.

Mitchell still faces a federal civil rights lawsuit in the fatal shooting of 40-year-old David “Bones” Hebert in April 2011 after a man claimed the drummer and cook had assaulted and robbed him with a pirate sword. (Disclosure: The author was acquainted with Hebert.)

Police spotted Hebert and a woman sitting on a sidewalk about 10 minutes later, and officers claimed the heavily tattooed musician drew a knife before Mitchell fired twice – killing him.

An investigation found that Mitchell and other officers got too close to Hebert, who had a blood alcohol level of .33 and traces of psychedelic mushrooms and marijuana in his system, and had no plan for engaging him before the fatal confrontation – but all three officers were cleared by an internal investigation.

Hebert’s family filed a wrongful death suit in 2012 against the officers and the police department.

Mitchell was sued in 2008 after he was accused of improperly using a Taser on a teenager from his patrol car.

The teen, Christopher Bauer, was wearing headphones and apparently did not hear the officer’s command to stop before he was shocked and fell face forward onto the pavement.

Mitchell was eventually placed on a 40-hour suspension in connection with the incident.

All three officers are due to appear in court next week in connection with the crash and subsequent cover-up.

When two Virginia officers attacked U.S. Army medic Caron Nazario they had multiple opportunities to de-escalate the situation. Instead, it's clear from their own body camera footage that they made it so much worse.

There's a lawsuit brought against the Windsor Police Department by Nazario, which is presumably the reason that the body camera footage was released publicly at all.