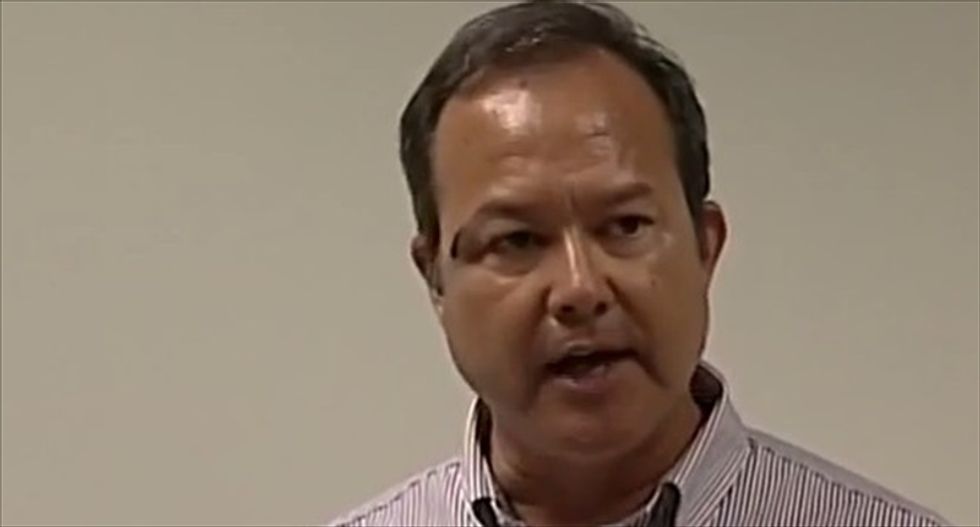 While Hawaii state Rep. Don Brower said he holds no hard feelings after being attacked by two homeless teenagers, the alleged assailants accused Brower of provoking the incident.

According to KITV-TV, Brower said he was taking pictures of the teenagers' tents on Monday at a homeless camp that has been expanding near a Honolulu facility, the Children's Discovery Center.

"Within a few seconds a guy on a skateboard deliberately ran into me and he punched me several times in the chest," Brower said at a press conference. "Soon after, I was punched and knocked down and punched a few times by someone else [by] second person who I didn't see."

Brower reportedly suffered a concussion and two swollen eyes during the incident. The Honolulu Star-Advertiser reported that the state attorney general's office is investigating it as a second-degree assault. The representative, a Democrat, said he is unsure whether he will press charges.

While Brower said he did nothing to instigate the attack, the two teens allegedly involved, 14-year-old Jonah Iose and 17-year-old Isaiah Totoa, told KHNL-TV that they were unaware of his position when they talked to him before the incident.

"He was video recording me, and I walked up to him and asked him if he could please delete that picture and that video," Iose said. "He was telling me 'No, you should back off.'"

Totoa said that, rather than taking a picture of the camp, Brower "caught [Iose's] whole face on camera," adding that Brower refused requests from both of them to stop filming.

"How would you feel if I walked in your house and just started recording you, right? We live here, this [is] our house, respect it," Totoa said. "We don't choose to live like this. If I had a choice to go to a house right now and live in that house, and I can pay for it, trust and believe, I would be in my house. I wouldn't be living underneath one tent."

Brower said he had visited the area twice after being contacted by the facility regarding the camp. Two years ago, he attracted attention when he began destroying unattended shopping carts with a sledgehammer, making them unfit for use by the homeless population.

As Think Progress reported at the time, Brower also admitted to waking up homeless people sleeping during daytime hours and telling them, "Get your ass moving."

"To see someone banging on stuff like that, it was very scary for me," one local homeless resident, Edward Ferreira said after watching Brower incapacitate one cart.

Watch KITV's report on Brower's run-in with the two teenagers, as aired on Tuesday, below.