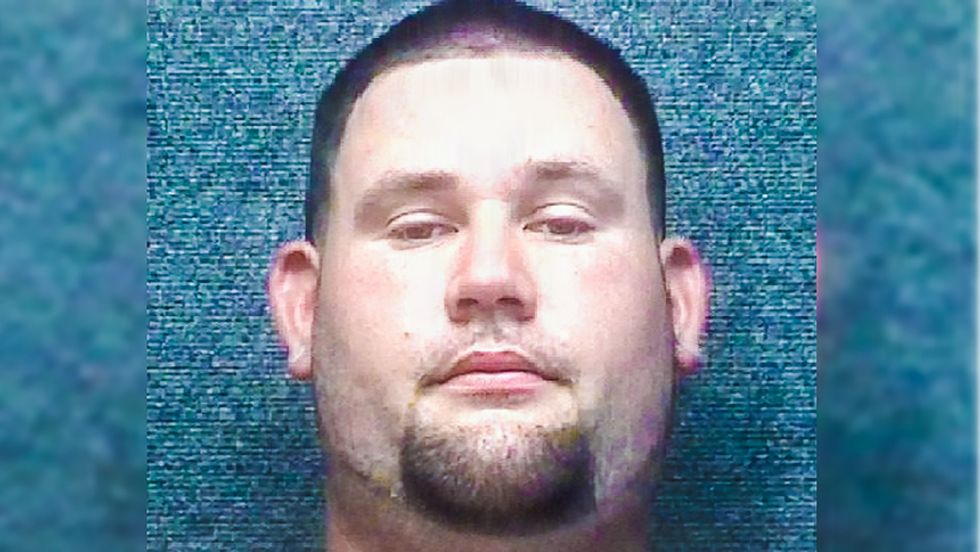 A South Carolina man was arrested over the weekend after a waitress at a Myrtle Beach restaurant said that he slapped her in the face because she asked him to leave for harassing a black family with racial slurs.

According to arrest documents obtained by The Smoking Gun, waitress Megan Churchill told police that 23-year-old Dustin Lowery was "causing a disturbance and using racial slurs towards another family" at Shuckers restaurant on Saturday night.

After the family decided to leave the restaurant, Churchill said that restaurant staff decided to also ask Lowery to leave.

"The victim stated that the offender became irate and slapped her in the face," the police report noted. "There was apparent redness to the victim's face, and signs that the victim had been crying."

According to Lowery, he only struck the waitress on the back after she hit him first. Lowery stated to police that he was using racial slurs while joking with an African-American family, "but that he didn't believe they minded," the report said.

The Smoking Gun described Lowery as a "hulking" 260-pound, 6’ 4” construction firm worker. He was said to be 120 pounds heavier and 13 inches taller than the victim.

A witness backed up Churchill's version of events, telling police that Lowery slapped her across the face and then tried to leave without paying while using racial slurs.

Lowery was arrested and charged with misdemeanor 3rd degree assault and battery.