Immigrant worker blasts 'son of a b*tch' Donald Trump: My sledgehammer is my drug, fool! 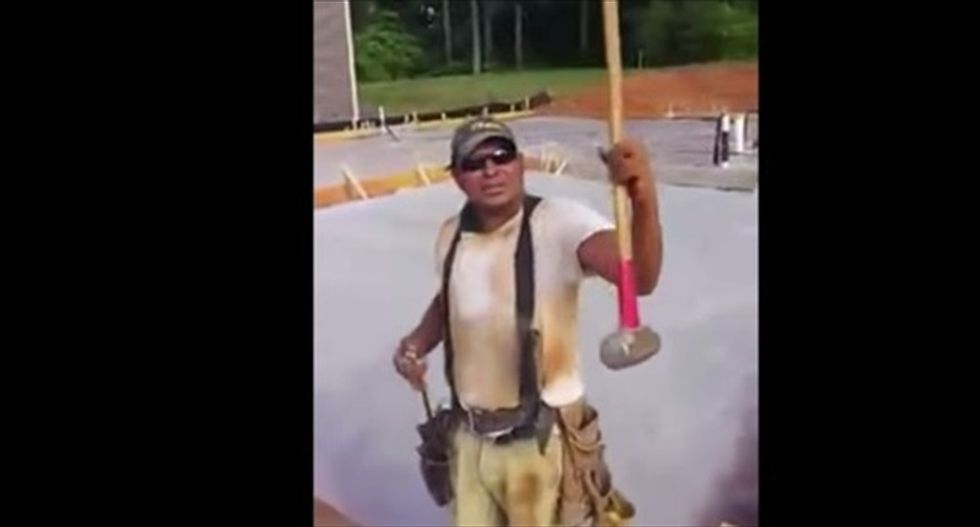 While Donald Trump has already been pilloried in several circles for his anti-immigrant rhetoric, Occupy Democrats co-founder Rafael Rivero captured a response from one of the people Trump directly insulted -- a Mexican immigrant worker.

As Think Progress reported, the video shows Rivero approaching the unidentified man as he was doing construction work, then asking about Trump, referring to the GOP presidential contender as "that guy."

"Donald Trump? That son of a b*tch who says we're all thieves? Look, b*stard, how we rape these stakes!" the man says, as he drives a sledgehammer into a stake. "How we work ourselves to death just to eat."

The man then complains that the government takes $350 out of his weekly earnings of $1,100 to feed "your lazy, unemployed drug addicts" before gesturing toward his fellow workers.

"What drugs do you use?" Rivero can be heard asking.

"This is my drug, you b*stard," the man says, holding up his sledgehammer. "This one's my drug."

He then holds up his hammer, adding, "And this is what I use to get drunk, fool!"

While Trump is polling well among Republican primary voters, his decision to accuse Mexican immigrants of being mostly "rapists" and criminals have cost him associations with NBC, Univision, Macy's, Serta, and could put his contracts with New York City at risk, as well.

Watch Rivero's video, as posted on Tuesday, below.