Inside the White House on 9/11: Unseen photos of Bush and Cheney in bunker 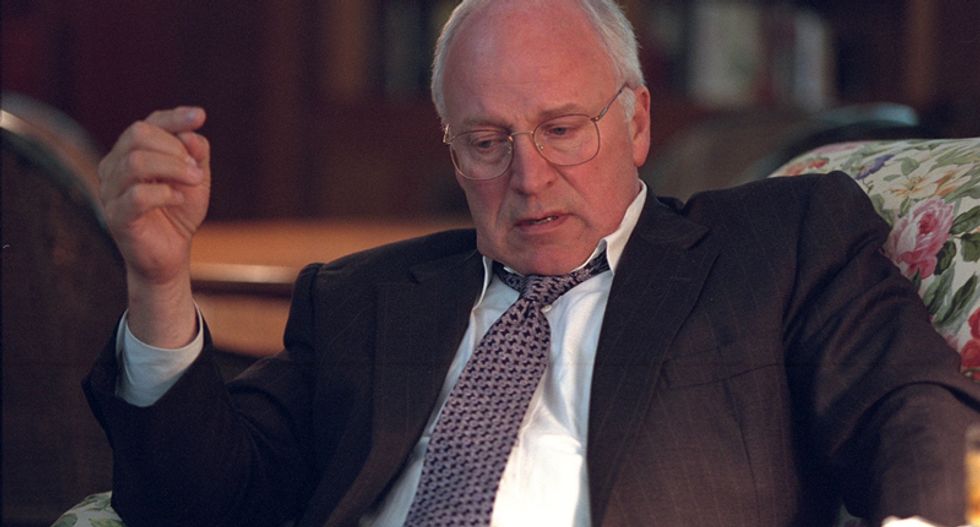 Previously unreleased images obtained by documentarian show president, vice-president, and their spouses and staff as they react to the terror attacks

A never-before-released set of photos show the anxiety of the Bush administration as it reacted to the terrorist attacks of September 11, 2001.

Related: Inside the White House on 9/11 - in pictures

The documentarian Colette Neirouz Hanna, whose work with PBS has focused on the Bush administration, received the photos in response to a freedom of information request.

Two hijacked airliners were flown into the World Trade Center in Manhattan. One plane was flown into the Pentagon in Washington DC. One plane crashed into a field in Pennsylvania, after passengers fought back against the hijackers.

Nearly 3,000 people died , in the most costly attack on US soil in history.

The newly released photos were taken by the vice-president’s staff photographer. They show leaders in a secure bunker deep beneath the White House and at the president’s retreat at Camp David. Leaders were also shuttled between a set of “undisclosed locations”, the public broadcasting company said , in response to the security threat.

The photos are the second set of candid shots obtained by Hanna, whose films include Bush’s War , Cheney’s Law and The Dark Side .

Another request by the documentarian revealed scenes including the president and vice-president sharing a laugh in the Oval Office and the two men touring Sydney Harbor with Australian leaders.

The full set of 9/11 photos were made available on Flickr .