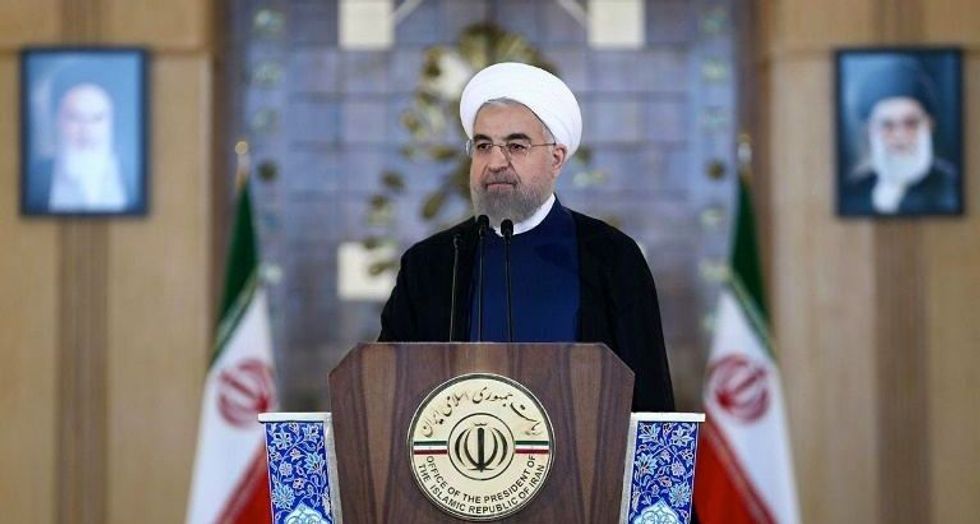 "Contrary to the opinion of some in the region, this agreement will actually reinforce security, stability and cooperation between neighbours," Rouhani told the Omani leader in a telephone call.

Iran, the regional Shiite power, has cordial relations with its southern neighbour Oman.

The sultanate has played an important role as a mediator between the Islamic republic and the United States.

Oman is also the only Gulf Arab monarchy not taking part in the Saudi-led coalition waging an air campaign since March against Iran-backed Shiite Huthi rebels in Yemen.

On Thursday, Saudi Foreign Minister Adel al-Jubeir warned Iran to use the economic benefits of Tuesday's nuclear deal to help its people and not fund "adventures in the region".

Under the accord reached in Vienna, sanctions against Iran will be lifted in return for dismantling and mothballing most of its nuclear programme.

"If Iran should try to cause mischief in the region, we're committed to confront it resolutely," Jubeir said after meeting US Secretary of State John Kerry in Washington.

Israel has long opposed any deal with its arch-foe Iran, and Prime Minister Benjamin Netanyahu lambasted the landmark agreement as a "historic mistake".

Rouhani also told the Omani leader that Tehran is "worried by the war and massacres in Syria and Yemen".

"We believe that these crises can only be solved politically and we must reinforce this idea in the countries of the region," he said.

IRNA said Sultan Qaboos said he hoped that "with Iran's aid, we can do something to end crises in the region".