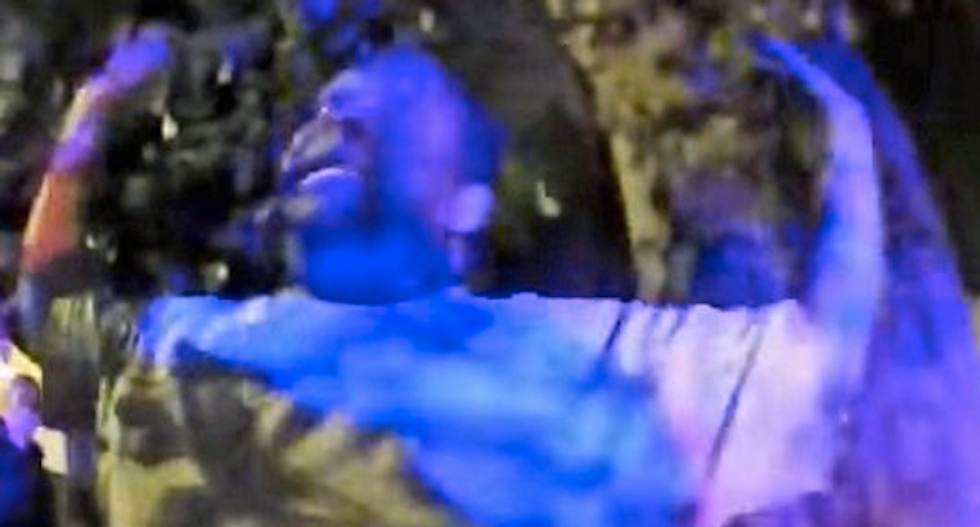 A police officer’s body camera shows him shove an east Texas homeowner who grew curious about a traffic stop on his lawn.

Ronald Warnell spotted two Orange officers on his property after they stopped a bicyclist for a reflector violation Feb. 2, reported KMBT-TV.

The homeowner, a black man in his 60s, asked officers why they were on his property, and he said Officer Dylan Mulhollan grew agitated right away.

"I don't know what was his problem, he definitely was irate, having a bad day or something,” said Warnell.

Video from Mulhollan’s body camera shows the officer order Warnell to back up, and the homeowner reminds him that police were on his property.

Warnell objects, telling the officer it was not his property.

“You need to get your laws straight, brother,” Warnell says.

The officer eventually explains that the bicyclist rode onto Warnell’s property during the traffic stop and then ordered the homeowner to back up.

“Make me,” Warnell says, and he and the officer continue arguing.

Mulhollan orders the homeowner to place his hands behind his back, but he refuses – and then the officer shoves him, knocking the older man to the ground.

Warnell suffered a minor injuries to his lip and knee, and his blood pressure shot up during the confrontation.

Internal investigators agreed that Warnell never acted in an abusive or threatening manner toward the officers, and they said Mulhollan’s actions raise doubts about his ability to control his aggression when his authority is questioned.

“If such actions which were displayed in this incident by Officer Mulhollan were to play out in a crowd of people, his actions could prove very problematic and dangerous to himself or any other officers who might be with him,” wrote Capt. C.A. Stephenson, of Orange police.

No charges were filed against the officer, but Warnell filed a lawsuit against the city and its police department.

It’s not clear what disciplinary action, if any, was taken against the officer.

"The only thing I can tell you, if I was in a different neighborhood, a different color, and I came outside on my property and inquired what was going on, this never would have happened," Warnell said.