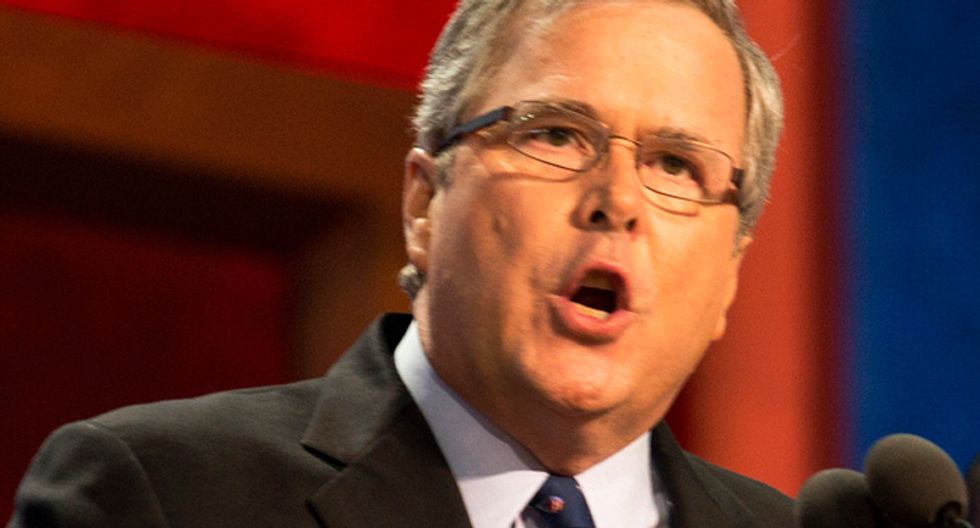 In an interview with the Union Leader, aspiring 2016 Republican presidential nominee Jeb Bush took a slap at the foreign policies of President Barack Obama, stating that the leader of the  free world uses too many big words and wastes his time at conferences with world leaders instead of forging ahead.

In video captured by C-SPAN, Bush criticized the White House's nuclear negotiations with Iran calling it, "the Clinton-Kerry-Obama foreign policy playing out.”

Bush then advocated for more blunt and simple type of statesmanship -- reminiscent of the style of his brother, former President George W. Bush as well as Vice President Dick Cheney -- in dealing with world.

Bush continued, "Big syllable words and lots of fancy conferences and meetings and – We’re not leading. That creates chaos. It creates a more dangerous world. So restoring the alliances that have kept the world safer and our country safer – getting back to a position in the Middle East where there’s no light between Israel and the United States."

Bush then said that the president seemed to have a bad personal relationship with Benjamin Netanyahu, the blustery prime minister of Israel, before suggesting , "You don’t have to have good relationship with your counter-part, you have to recognize the security importance of that relationship."