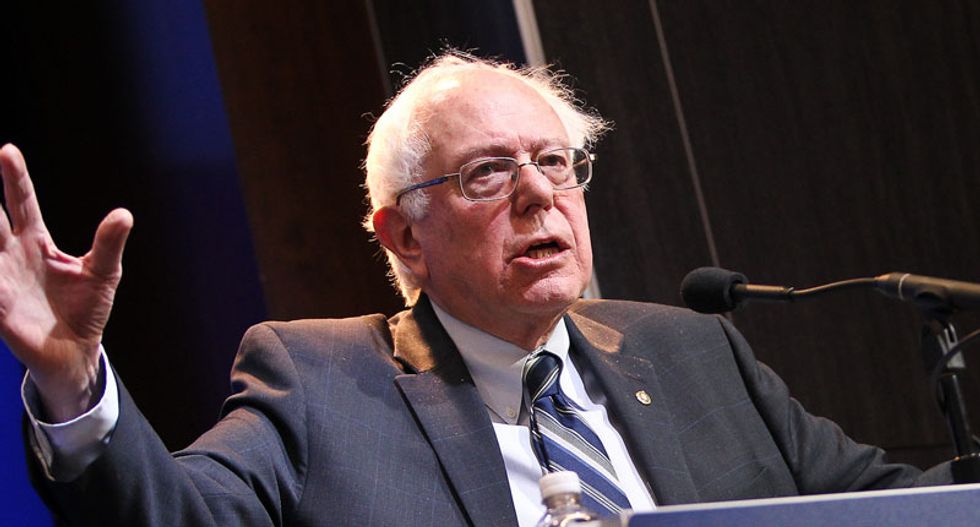 A rally for Sen. Bernie Sanders (I-VT) drew about 300 supporters in deeply conservative Alabama – including one woman who has never voted in 22 years of eligibility.

The event for the Vermont independent, who is running for president as a Democrat, happened Sunday at the Good People Brewing Company in Birmingham, reported AL.com.

One of the those supporters was 40-year-old Elizabeth Hewitt, of Blount County, who said she has never felt like her vote mattered because she never heard a candidate’s message that resonated with her until Sanders.

"I didn't like either candidate,” she told the newspaper. “I didn't care who won because I felt it didn't matter.”

Another voter, 56-year-old Peter Stuart, of Lincoln, said the liberal senator had gotten him excited in politics again.

“He's not just in it for the money or his own career,” Stuart said. “To me, he's what politicians should be."

Stuart plans to continue his monthly donations to the Sanders campaign because the senator’s democratic socialist views match his own Christian beliefs better than Republican’s lip service on family values.

"I think Jesus was a socialist," Stuart said.

The rally was organized by three Sanders supporters from Alabama who found one another through Facebook – and who expected about 30 people when they began planning the event.

The candidate has drawn packed crowds at rallies in the Midwest and New Hampshire, surprising many political observers.

Sanders appeared Sunday morning on “Face the Nation,” where he promised that his campaign would visit states traditionally written off by Democratic candidates.

Supporters said they were excited by the turnout.

"For a state that's so red, it's exciting to see [hundreds] of people for this,” Marty Colbert, a 27-year-old from Pelham, told the newspaper. “It sticks to the grassroots theme.”

Watch video from the event posted online by bernie2016tv: