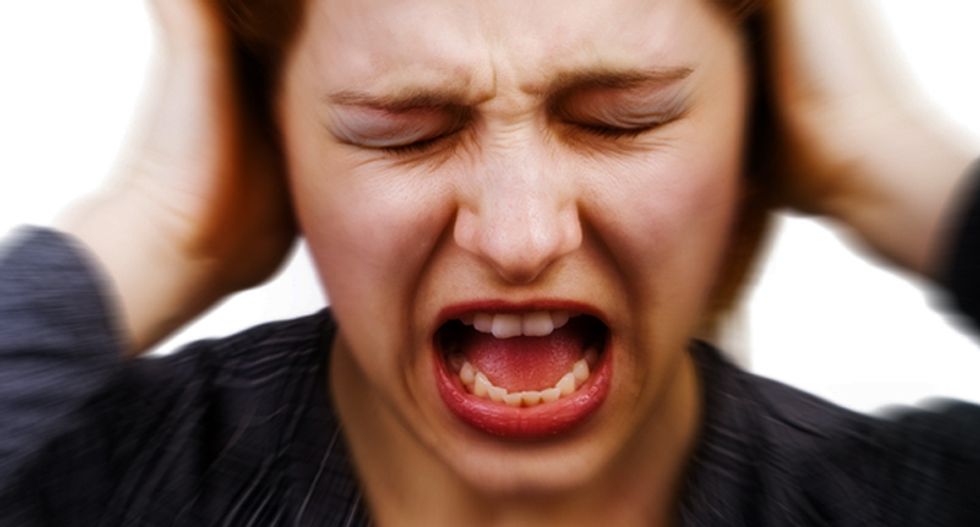 While Hillary Clinton occasionally gives some lip service to the problem of extreme inequality, Bernie Sanders is the only candidate really hammering away at it. He has even blasted the orthodoxy of economic growth for its own sake, saying according to Monday’s Washington Post that unless economic spoils can be redistributed to make more Americans’ lives better, all the growth will go to the top 1% anyway, so who needs it? Sanders might know his history, but the rest of the candidates could use a little primer.

The United States was not always the most powerful nation on Earth. It was only with the end of World War II, with the rest of the developed world in smoldering ruins, that America emerged as the free world’s leader. This coincided with the expansion of the U.S. middle class. With the other war combatants trying to recover from the destruction of the war, America became the supermarket, hardware store and auto dealership to the world. Markets for American products abounded and opportunity was everywhere for American workers of all economic means to get ahead. America had a virtual monopoly on rebuilding the world. Combined with the G.I. Bill of 1944, which provided money for returning veterans to go to college, and government loans to buy houses and start businesses, the middle class in America boomed, as did American power, wealth and prestige. Between 1946 and 1973, productivity in America grew by 104 percent. Unions led the way in assuring wages for workers grew by an equal amount.

The 1970s, however, brought a screeching halt to the expansion of the American middle class. The Arab oil embargo in 1973 marked the end of cheap oil and the beginning of the middle-class decline. The Iranian Revolution in 1979, with more resultant oil instability, combined with the rise of Ronald Reagan’s conservative revolution at home, accelerated the long and painful contraction of the middle class. Cuts in corporate taxes, stagnant worker wage growth, the right-wing war on unions, and corporate outsourcing of work overseas greased the wheels of the middle-class decline and the upper-class elevation. Cuts in taxes on the wealthy, under the guise of trickle-down economics, have resulted in lower government revenue and cuts to all kinds of services. All of which has led to today, an era of national and international inequality unparalleled since the days of the Roaring '20s.

Here are 35 astounding facts about inequality that will fry your brain:

1. In 81 percent of American counties, the median income, about $52,000, is less than it was 15 years ago. This is despite the fact that the economy has grown 83 percent in the past quarter-century and corporate profits have doubled. American workers produce twice the amount of goods and services as 25 years ago, but get less of the pie.

2. The amount of money that was given out in bonuses on Wall Street last year is twice the amount all minimum-wage workers earned in the country combined.

3. The wealthiest 85 people on the planet have more money that the poorest 3.5 billion people combined.

4. The average wealth of an American adult is in the range of $250,000-$300,000. But that average number includes incomprehensibly wealthy people like Bill Gates. Imagine 10 people in a bar. When Bill Gates walks in, the average wealth in the bar increases unbelievably, but that number doesn’t make the other 10 people in the bar richer. The median per adult number is only about $39,000, placing the U.S. about 27th among the world’s nations, behind Australia, most of Europe and even small countries like New Zealand, Ireland and Kuwait.

5. Italians, Belgians and Japanese citizens are wealthier than Americans.

8. Inequality is a worldwide problem. In the UK, doctors no longer occupy a place in the top 1% of income earners, London plays host to the largest congregation of Russian millionaires outside of Moscow, and also houses more ultra-rich people (defined as owning more than $30 million in assets outside of their home) than anywhere else on Earth.

9. The slice of the national income pie going to the wealthiest 1% of Americans has doubled since 1979.

10. The 1% also takes home 20% of the income. This figure is the most since the 1920s era of laissez faire government (under Republicans Warren Harding, Calvin Coolidge and Herbert Hoover).

11. The super rich .01% of America, such as Jamie Dimon, CEO of JP Morgan, take home a whopping 6% of the national income, earning around $23 million a year. Compare that to the average $30,000 a year earned by the bottom 90 percent of America.

13. The poorest Americans do come out ahead in one statistic: the bottom 90% of America owns 73% of the debt.

14. Tax rates for the middle class have remained essentially unchanged since 1960. Tax rates on the highest earning Americans have plunged from an almost 70% tax rate in 1945 down to around 35% today. Corporate tax rates have dropped from 30 percent in the 1950s to under 10 percent today.

15. Since 1990, CEO compensation has increased by 300%. Corporate profits have doubled. The average worker's salary has increased 4%. Adjusted for inflation, the minimum wage has actually decreased.

17. Wages, as a percent of the overall economy, have dropped to an historic low.

18. In a study of 34 developed countries, the United States had the second highest level of income inequality, ahead of only Chile.

24. Over 20 percent of all American children live below the poverty line. This rate is higher than almost all other developed countries.

25. Union membership in the US is at an all-time low, about 11% of the workforce. In 1978, 40 percent of blue-collar workers were unionized. With that declining influence has come a concurrent decline in the real value of the minimum wage.

26. Four hundred Americans have more wealth, $2 trillion, than half of all Americans combined. That is approximately the GDP of Russia.

27. In 1946, a child born into poverty had about a 50 percent chance of scaling the income ladder into the middle class. In 1980, the chances were 40 percent. A child born today has about a 33 percent chance.

28. Despite massive tax cuts, corporations have not created new jobs in America. The job creators have been small new businesses that have not enjoyed the same huge tax breaks.

29. More than half of the members of the United States Congress, where laws are passed deciding how millionaires are taxed, are millionaires.

30. Twenty five of the largest corporations in America in 2010 paid their CEOs more money than they paid in taxes that year.

32. In 1970, there were five registered lobbyists working on behalf of wealthy corporations for every one of the 535 members of Congress. Today there are 22 lobbyists per congressperson.