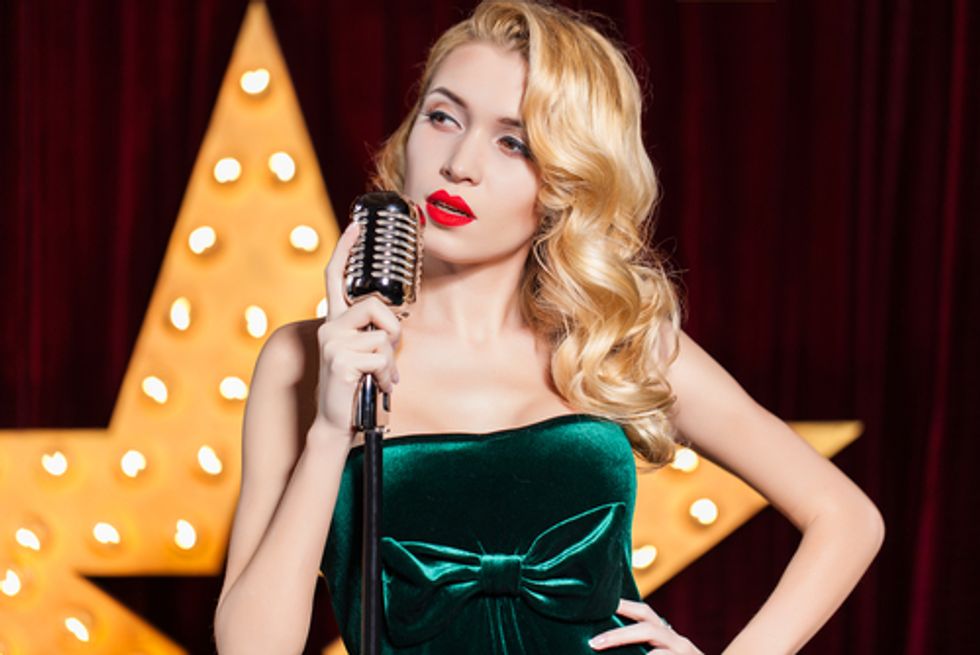 Apparently, much of the internet was abuzz with excitement over this brand new effort at policing women's speech: Telling them they say "just" too much. Ellen Peatry Leanse, writing for Business Insider, argued that using the word makes you seem weak and unconfident and you need to excise it from your vocabulary now to get the respect that men get. Because respect is all about the number of times you use "just" and not male privilege, okay?!

Well, Katie Surrence at LGM tips us off to the epic debunking of this argument by linguist Debbie Cameron. Cameron points out that there's no evidence either that women say "just" more or that it has the purported effect of making the listener think the speaker is weak. On the contrary, it's just a vague word that is used in all sorts of contexts, few of which  sound apologetic and most of which sound just plain polite.

But more to the point, Cameron argues that this kind of language and tone policing of women is always going on and while the specific content of the complaint shifts, the basic gist---women can't talk right and would do better to talk "like men", or, it's implied, become so self-conscious that they stop speaking so much at all---hasn't changed.

This endless policing of women’s language—their voices, their intonation patterns, the words they use, their syntax—is uncomfortably similar to the way our culture polices women’s bodily appearance. Just as the media and the beauty industry continually invent new reasons for women to be self-conscious about their bodies, so magazine articles and radio programmes like the ones I’ve mentioned encourage a similar self-consciousness about our speech. The effect on our behaviour is also similar. Instead of focusing on what we’re saying, we’re distracted by anxieties about the way we sound to others. ‘Am I being too apologetic?’ and ‘Is my voice too high?’ are linguistic analogues of ‘is my nail polish chipped?’ and ‘do I look fat in this?’

To my mind, the truth of this is proved amply by two of the most prominent complaints of those who hate how women talk: Upspeak and vocal fry. Cameron again:

Today the title of ‘most stigmatized female vocal trait’ has passed from uptalk to the newer phenomenon of ‘vocal fry’ (in linguists’ terms, creaky voice).  Similarly, ‘just’ has inherited the mantle of the tag question (as in, ‘it’s a beautiful day, isn’t it?’), a popular target for advice-writers when I surveyed their products in the 1990s. The critics’ pet peeves may change over time, but the criticism itself is a constant.

When I was a teenager and upspeak was really becoming mainstream, you were constantly chastened not to do it lest you sound apologetic and unauthoritative. I had my skeptical thoughts about that then, because I was often accused of doing it, and as anyone who has heard me talk can attest, I don't actually do it very much. Most people do it to some degree, though, so anyone who wants to make a woman feel self-conscious can zero in on it and start griping at her about it.

But when the complaint shifted from accusing young women of upspeak (you still hear this, but not as much as the vocal tic has become more common amongst men)  to complaining about vocal fry, that secured the fact that this is not and never has been about helpfully giving women advice on how to be taken more seriously. Even the loudest haters of vocal fry can't play the "it makes you sound unconfident" card. That's because vocal fry sounds totally confident. (Imagine me frying that phrase to get the picture.) Frying your voice for emphasis has always been around, but it really got a boost in the 90s and early 21st century through pop music. Examples:

There's little doubt in my mind: Vocal frying is a tic women picked up to sound more confident. "Acting up, drink in my cup, I couldn't care less what you think." As Amanda Hess noted at Slate, research even shows that people who hear recordings of women frying assume they are confident and professional.