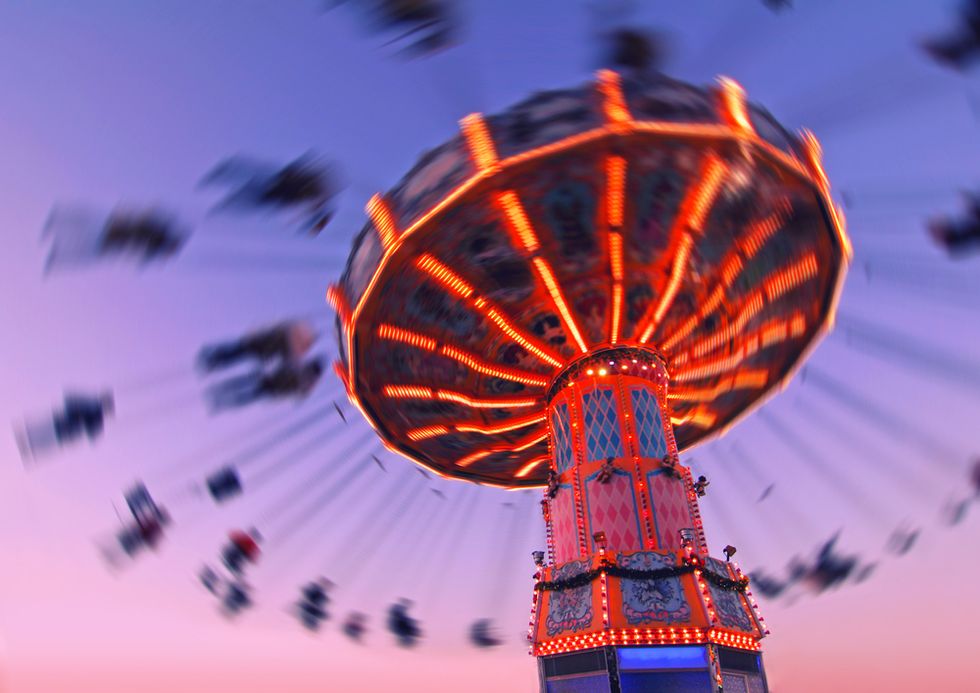 Twelve people, including children, were injured when a swing ride tipped over at an amusement park in Kentucky, police said on Sunday.

The ride, in which people sitting in swings suspended from above are spun around, tipped over just after 7 pm ET on Saturday in Beech Bend Park in Bowling Green, Warren County Sheriff's Office spokesman Stephen Harmon said.

"It actually tipped over. I don't know if the weight wasn't distributed properly or there was some kind of a malfunction with the ride itself, but we're saying that it collapsed," he said.

Police did not know the ages of those hurt, although some were children, or the severity of the injuries. No one was killed. The injured were taken to hospitals by ambulance and private vehicles, police said.

Officials with Beech Bend Park could not immediately be reached to comment on Sunday.