Larry Wilmore on Sandra Bland: Black people have to act like the Dowager Countess to avoid police brutality 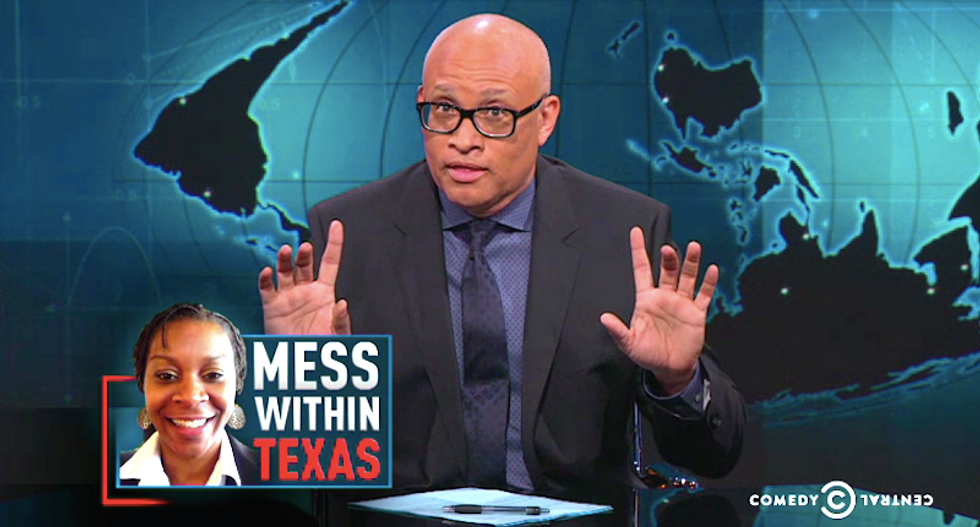 Larry Wilmore tackled the baffling death of Sandra Bland -- who Texas police say hung herself in jail three days after she was arrested during a traffic stop for a minor violation.

The host of Comedy Central's "Nightly Show" said the state trooper continually escalated the situation, first by sarcastically asking if she was finished complaining after he asked whether she was irritated, and then asking her to put out the cigarette she was lawfully smoking in her car.

He then played a lengthy portion of the dashcam video, which shows the state trooper become increasingly aggressive after Bland refuses to put out thee cigarette and then asks why she is being ordered out of her vehicle.

"Here's what I saw: I saw a woman who was very irritated and probably having a bad day, most likely because she was pulled over, smoking a cigarette to calm down, complying with everything the officer asked for," Wilmore said. "Then it got confusing because he told her to put out her cigarette but then offered to light her up by pointing a Taser at her head. To me and most reasonable people, it's clear that this officer was wrong."

Wilmore said black people are basically expected to act like the Dowager Countess, an impeccably mannered character from the Victorian period drama "Downton Abbey," just to avoid being beaten by police.

"'Hello, officer, I'm so pleased you unexpectedly dropped in on me,'" Wilmore said, adopting an upper-class British accent. "'Would you like some tea? I brewed it in my glove compartment here.'"

"Yes, that would make sense," he added, "but on the other hand, the fact that we live in a world where black people have to strategize so they're not brutalized by police is insane."

Wilmore said the Bland case was so "f*cking crazy" that he totally agreed with "white people talking about race on Fox."

Even Donald Trump agreed that the state trooper was "overly aggressive" during the encounter that led to Bland's arrest.

"You've got to be shi*tting me," Wilmore said. "Even Trump agrees. We have lost cabin pressure, you guys."

Wilmore said many questions remained about Bland's death, and he said there had been a lot of speculation online about what exactly happened.

"Sometimes the most rational thing to say is I don't know, I don't know what happened to Sandra," he said. "To engage in a guessing game can be reckless, but I do know the racial climate is super-charged right now. We joked about it earlier, but the black community is on edge, and it doesn't surprise me to see a black woman get irritated with a police officer -- just as it doesn't surprise me to see a police officer neglect to de-escalate a situation."

"It almost feels like they were two players in a Greek tragedy marching toward an inevitable conclusion," Wilmore said. "Sandra Bland is one victim, but her story speaks to a larger issue -- an issue we should be trying to solve before it becomes a problem again."