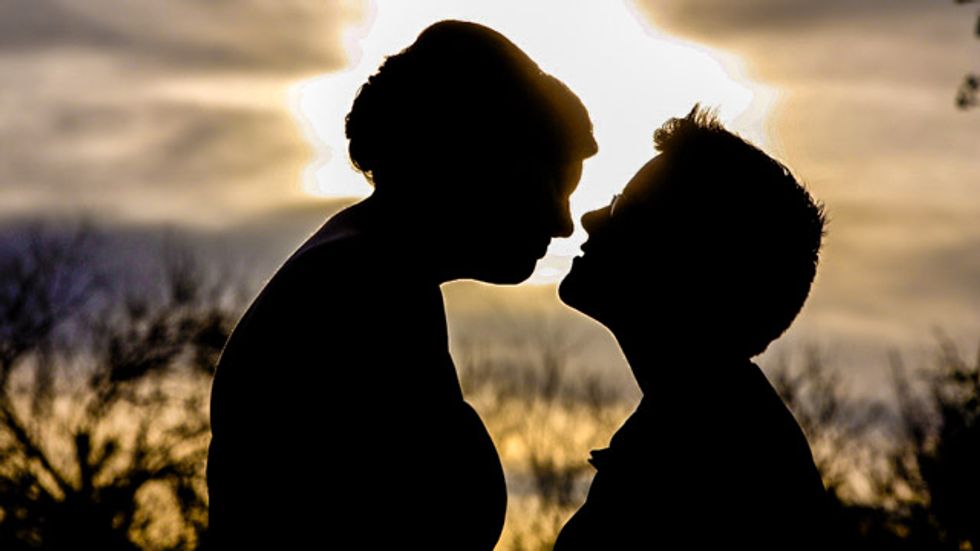 The woman whose discrimination complaint against an Oregon bakery eventually resulted in a $135,000 award for damages did not initially realize she had lodged a formal complaint with state authorities.

Laurel Bowman-Cryer said she pulled out her smart phone to post a negative review warning other LGBT customers to stay away from Sweet Cakes by Melissa after her fiancée, Rachel, came home sobbing in January 2013 because the owner refused to bake a wedding cake for the couple, reported the Willamette Week.

"I thought I was leaving a comment for the Better Business Bureau, and I didn’t think much of it," Bowman-Cryer told the newspaper in her first interview about the case.

She soon found out that her complaint had been lodged with the Oregon Department of Justice when a conservative talk radio host called her for comment after an appearance by Aaron Klein, who owned the bakery with his wife, Melissa.

"When Lars Larson called, I said, 'I think we need a lawyer,' (and) we called the Oregon (State) Bar looking for help," Bowman-Cryer said.

Klein had posted a copy of Bowman-Cryer's complaint -- including the couple's home address and phone number -- on his Facebook page, and the couple received hundreds of angry and threatening messages, including some from their own neighbors.

"You and your girlfriend are just like every other libotard Democrat retard in the country. Bullies," a Facebook user named Ralph Landi posted. "Just like it is your right to be married it is a Christian's right to follow their faith so f*** you about being mentally raped. don't worry about it sweetheart cause you're going to get yours."

The Willamette Week later contacted Landi, a chef from South Carolina, for comment, and he replied: "Go f*ck yourself."

The state's Department of Justice dropped the case after a few weeks, and Laurel and Rachel Bownman-Cryer were married in June 2013.

They decided to file a complaint with the Oregon Bureau of Labor and Industries in August 2013 after the Kleins and their supporters kept accusing the lesbian couple of targeting them for their religious views.

"We talked about it, we went back and forth," Rachel Bowman-Cryer said. "We talked to our family and our friends. We just ultimately came to the decision that it wasn’t just going to go away and that we needed to --"

"Defend ourselves and stop being bullied," Laurel said, finishing her wife's sentence.

After nearly two years of investigation, BOLI issued its final order last month against the Kleins -- who the state ordered to pay $135,000 in damages for causing the couple emotional distress as a result of their unlawful anti-LGBT discrimination.

The agency had faulted the Kleins for sharing the couple's contact information and publicizing the case, but the BOLI commissioner rejected that even as he upheld the damage award.

Laurel said the Kleins, who have raised nearly $400,000 from anti-LGBT donors, are continuing to ask for money to pay the couple's damage award -- even as they publicly say they'll refuse to pay it.

The BOLI commissioner also ordered the Kleins to stop announcing that they would turn away LGBT customers, in violation of the law -- which the bakery owners' supporters claim is a gag order.

"The money doesn’t have anything to do with anything as far as we’re concerned," Rachel said.

"People might feel more sympathy for us if somebody hit me rather than just denying me a cake," she added. "But the hurt, whether it’s physical or emotional, is the same. We are treated like second-class citizens. That’s whether you want to deny me something or walk up and hit me just because I was born gay."

Rachel said their wedding -- and the cake -- meant something special to the couple, who had to convince their own families that their love was valid and real.

"For us, the marriage and the wedding in particular was about bringing together our families—being able to bring together these families, to commit to raising these kids, the children, together as one family," Rachel said.