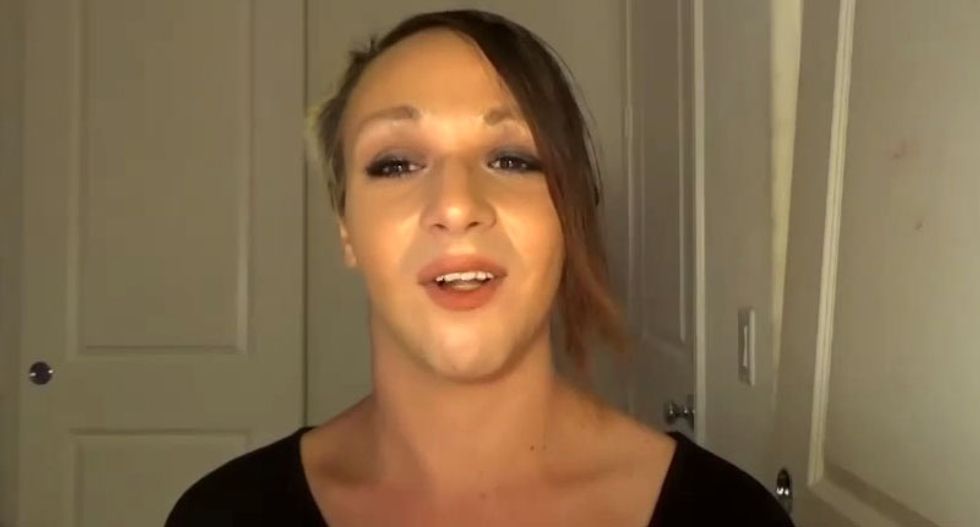 Advocates for transgender rights are hoping that last week’s historic US supreme court ruling on gay marriage will pave the way to renewed public focus on what they see as a national crisis of violence, sexual assault and custodial abuse against trans individuals.

So far this year alone, at least nine trans women have been murdered, putting 2015 on track to be one of the most violent periods for transgender individuals in recent times. In the most recent incident , the body of a 17-year-old trans woman called Mercedes Williamson was found last month hidden under the brush in a desolate area of southern Mississippi, reportedly displaying stab wounds.

The grim discovery was made just three weeks before last Friday’s ruling that flung open the doors across all 50 states to same-sex marriage. Leaders of the transgender community see the murder as a reminder amid the nationwide rejoicing that despite the extraordinary leap forward made last week, there are many people still in great danger in today’s United States.

Advocacy groups hope that the same public focus and enthusiasm for change that produced such an irresistible surge in support for gay marriage will now coalesce behind their decades-old struggle for trans equality. They are loth to describe the fight as a new frontline – fearing that would belittle the hard work that has been waged over many years largely out of the limelight.

But they think the time has now come for a push to reverse extreme discrimination that continues to put lives at risk. “Clearly gay marriage has been a cause of great celebration,” said Kris Hayashi, executive director of the Transgender Law Center. “But it’s critical to remember that many members of our community cannot celebrate when they are struggling to survive on a daily basis.”

Top of the list of priorities articulated by transgender groups is the ongoing epidemic of violence faced particularly by black trans women. Shannon Minter, legal director of the National Center for Lesbian Rights, said that hate violence was running at levels that rendered it a national crisis.

“The issue is so urgent as the harm is so severe. We have to deal with it better than we have,” he said.

In its report into hate violence in 2014 , the National Coalition of Anti-Violence Programs warned of an ongoing “crisis of deadly violence against transgender women of color”. It was the fourth year in a row that the monitoring group had highlighted disproportionate levels of severe violence.

Associated with the physical threats against trans women is their treatment by police, as well as detention in prisons, jails and immigration facilities. A recent study by the Fenway Institute found that one in five trans women has experienced life behind bars, a proportion that shockingly rises to almost half of all black trans women.

Chase Strangio, a staff attorney with the ACLU, said the criminalization of trans women of color was a central priority for modern civil rights. “We have to fight the atrocious conditions that people experience in custody, including high incidence of sexual assault, use of solitary confinement and lack of access to medical treatment for gender transition.”

Strangio added that there was a paradox in the way that the criminal justice system related to trans people. As public discussion around gender identity grows – with celebrities such as Caitlyn Jenner and Laverne Cox leading the way – the tendency to criminalize has also grown. “As the visibility of trans women has increased, so have attempts to detain them.”

Minter said: “It’s not an overstatement to say people are living under conditions of torture. Forced to shower with men, subjected to strip searches by male guards. We hear stories all the time – all the time – about guards using their power to harass, abuse and torture prisoners.”

Lawyers are pressing on several fronts to help trans prisoners gain access to appropriate medical treatment. In most prisons and jails across the country, it remains extremely difficult to get any treatment at all for gender dysphoria – varying from the most basic access to lipstick and eyeliner, to facial hair removal and prescriptions of hormones. When it comes to gender reassignment surgery, most states have imposed blanket bans despite the constitutional duty of corrections departments to medically care for their charges.

In one of the most closely watched cases, Michelle Norsworthy, a trans woman and prisoner in Mule Creek state prison in California, has sued to be allowed surgery. Her case is likely to be heard by the ninth circuit appeals court next month.

In recent months activists have also become alarmed by conditions inside immigration detention facilities. An investigation by the Fusion website estimated that while about one in 500 immigration detainees are transgender, they make up about one in five victims of sexual assault in US Immigration and Customs Enforcement (ICE) facilities.

On Monday the Obama administration responded to the rising tide of criticism by producing new guidelines that could see transgender immigrants detained in facilities consistent with their identity – trans women in female detention centers, trans men in male. The move was welcomed by campaigners, but it is unlikely to silence their protests, which saw Obama heckled by a trans woman immigrant last week.

Minter said that the Obama administration deserved credit for the new regulations. “But we still hold them – and us, the advocacy community as well – responsible for not doing enough. We cannot continue to accept this level of mistreatment.”