LISTEN: Sandra Bland left this voicemail on her friend’s phone just before her death 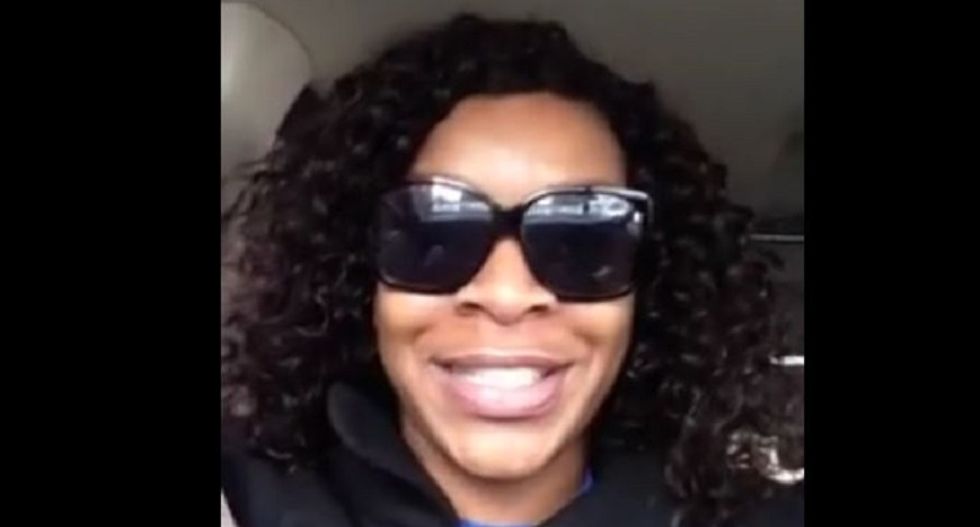 The last recording of Sandra Bland's voice was on a friend's voicemail while she was still locked inside Waller County's jail.

Bland, 28, had been arrested by Texas state trooper Brian Encinia after she was pulled over for failing to use her turn signal when changing lanes. The ensuing confrontation turned violent when Bland refused to put out the cigarette she was smoking in her car as she waited to be cited, prompting Encinia to become aggressive. After threatening her with a Taser, he made her get out of her car then roughly threw her down before taking her into custody.

Three days later, Bland's lifeless body was found in her Waller County jail cell. Authorities have said she hanged herself with a plastic trash bag, but her death is being investigated by multiple agencies and her family. Her family doesn't believe she would have committed suicide.

In the voicemail message, obtained and aired by ABC News, Bland's voice sounds calm but frustrated.

"Hey this is me. I just was able to see the judge...They have me set at a $5,000 bond. I'm still just at a loss for words, honestly, about this whole process, how switching lanes with no turn signal turn into all this? I don't even know. But I'm still here, so, I guess call me back when you can."

What happened next is the subject of intense scrutiny.

Bland had just gotten a new job doing student outreach at her alma mater, Prairie View A&M University, NBC News reports. She was moving from the Chicago suburb of Naperville to her new apartment in Texas. Her family attorney, Cannon Lambert said she had just gone grocery shopping and stocked her fridge.

According to NBC News, Bland was booked on a third degree felony charge with bail set at $5,000. She had been in touch with her family, to whom she complained about severe arm pain and fear her arm was broken. They were working on getting her bailed out.

While jail officials said Bland had reported a previous suicide attempt, her family said she was not under clinical care for any medical problems and was enthusiastic about her new job. According to them, she was not suicidal.

Federal and state authorities are performing investigations into her death and her family has launched its own, commissioning an independent autopsy.

Bland was a social activist and had a running, inspirational video commentary series she called #SandySpeaks. She posted regularly about racial injustice and was an vocal supporter of the Black Lives Matter movement.

Listen to the voicemail here, via ABC News: