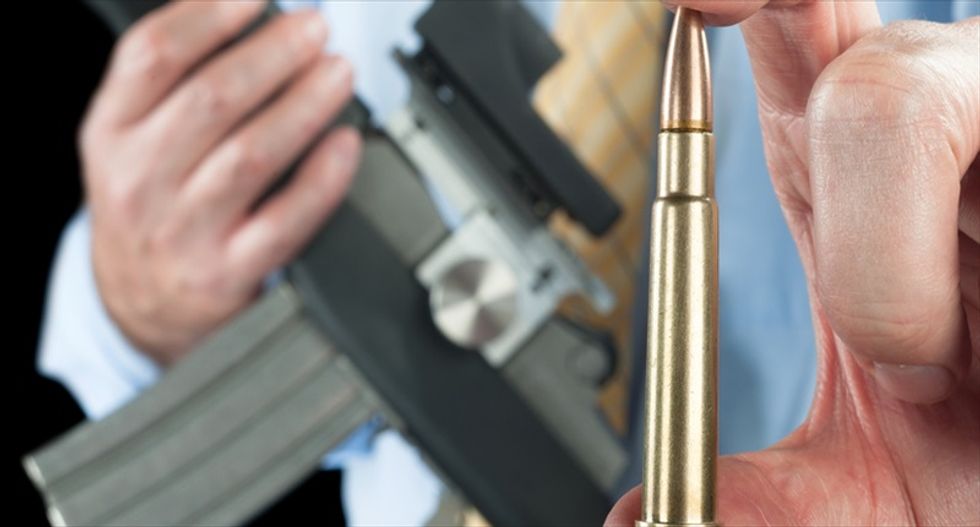 The Los Angeles City Council voted unanimously to ban the possession of large-capacity gun magazines on Tuesday, following San Francisco to become the second major city in California to take that step.

The ordinance prohibits Los Angeles residents from possessing a handgun or rifle magazine that fits more than 10 rounds.

Residents would have 60 days after the law takes effect to remove, sell or transfer such magazines from city limits in compliance with state law, or surrender them to the LAPD.

The law would take effect 30 days after Mayor Eric Garcetti signs it, a move that he was "eager" to make, he said in a statement.

The legislation comes on the heels of recent mass shootings in the United States, including a movie theater shooting in Lafayette, Louisiana, last week in which two women were killed by a lone gunman who took his own life.

"The step we're taking today is not a wild step," said council member Paul Krekorian, who sponsored this ordinance, at a rally before the vote. "People who want to defend homes don't need a 1,000-round drum magazine to do so."

Around 50 people who have lost loved ones to gun violence attended the rally and vote, many wearing orange t-shirts and ribbons.

Those who were opposed to this ordinance were represented by Chad Cheung, director of the Calguns Shooting Sports Association. "I think it's more of a people problem rather than a gun problem," said Cheung, who uses large-capacity gun magazines in various shooting contests.

"Nobody knows more about firearm safety than I do," he added, underscoring the notion that with the proper training, people could possess such magazines safely.

Calguns is one group that has pending lawsuits against the San Francisco and Sunnyvale ordinances. Cheung said that the organization would discuss during their next board meeting whether to file a similar lawsuit in Los Angeles.

The Los Angeles city council next week will take up a proposed ordinance requiring gun owners to lock their firearms at home and consider an amendment to the gun magazine ordinance that would exempt retired police officers.