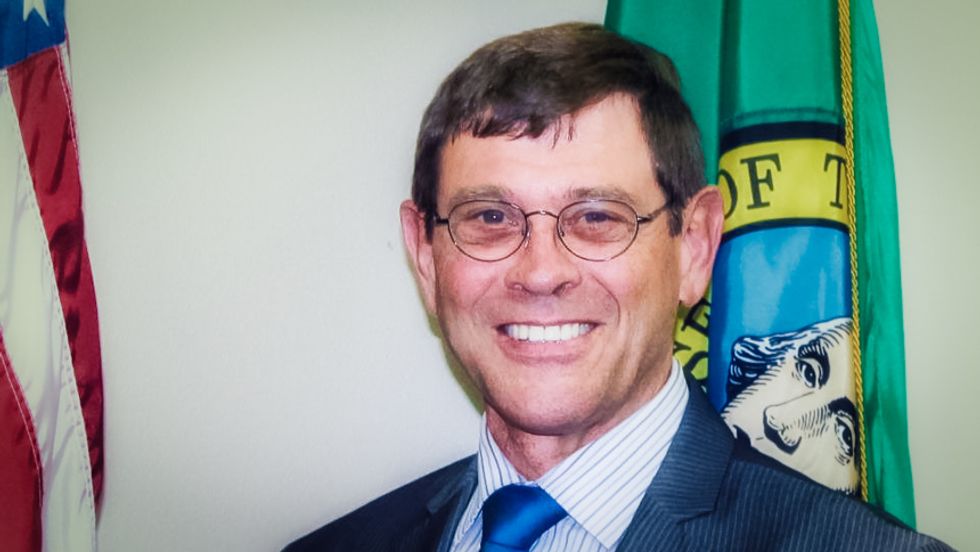 A Washington state mayor has refused to resign over a Facebook post that compared President Barack Obama's family to gorillas and monkeys because he says that it would be conceding that he is a racist.

According to KYQ, Airway Heights Mayor Patrick Rushing came under fire earlier this week after he confirmed that he had posted the offensive comment on his Facebook page.

"Gorilla face Michelle, can't disagree with that," the message said. "The woman is not attractive except to monkey man Barack. Check out them ears. LOL."

Rushing explained the remark as "just playful back and forth banter that my friends and I do."

Although Rushing offered an apology, the Airway Heights City Council decided on Tuesday that he had not gone far enough, and asked the mayor to resign. But he refused.

“I made a mistake. I owned up to my mistake,” Rushing insisted. “If I do resign that’s admitting I’m a racist and I’m not.”

Deputy City Manager and Police Chief Lee Bennett said that there was no question that the comments were viewed as racist by residents of Airway Heights.

“I can tell you that in the matter of public opinion they were racist (comments). When you become a public figure I’m no longer Lee Bennett citizen,” Bennett pointed out. “I’m Police Chief Bennett.”

With a 5-1 vote, the council passed a motion asking City Attorney Stan Schwartz to draft a resolution condemning Rushing's remarks. The council did not rule out including sanctions against the mayor.