Meet the Mexican artist behind the Donald Trump butt plug 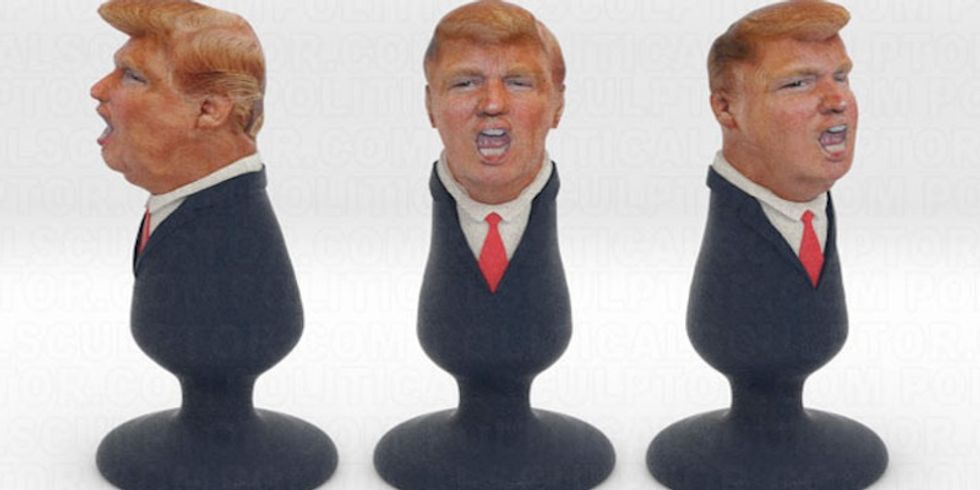 Donald Trump may be asking the FBI for protection against Joaquin Guzman Loera, the notorious Mexican drug lord known as el Chapo, who recently escaped from prison, again. But The Donald has already been attacked by a more formidable adversary who also hails from The Mexico. And his weapon of choice? Not bullets, not machetes, not gruesome torture...... Butt plugs!

Meet Fernando Sosa, the 32-year old 3D artist based in Orlando, Florida, who was born and raised in Puebla Mexico. Sosa, who came to the United States when he was 11, was enraged when he heard Donald Trump spew his racist vitriol about Mexican rapists. So he decided he would turn his anger into a product... a butt plug, made of "fully colored material with a coarse finish and a delicate feel," more specifically, as his website explains. In case you don't know, a butt plug is a sex toy that does exactly what it sounds like it does.

In an interview with me on this week's The Katie Halper Show, Sosa explained that he was initially incredulous that Trump had said what he had about Mexicans. In case you missed it, the Donald peppered his presidential announcement speech with the following: 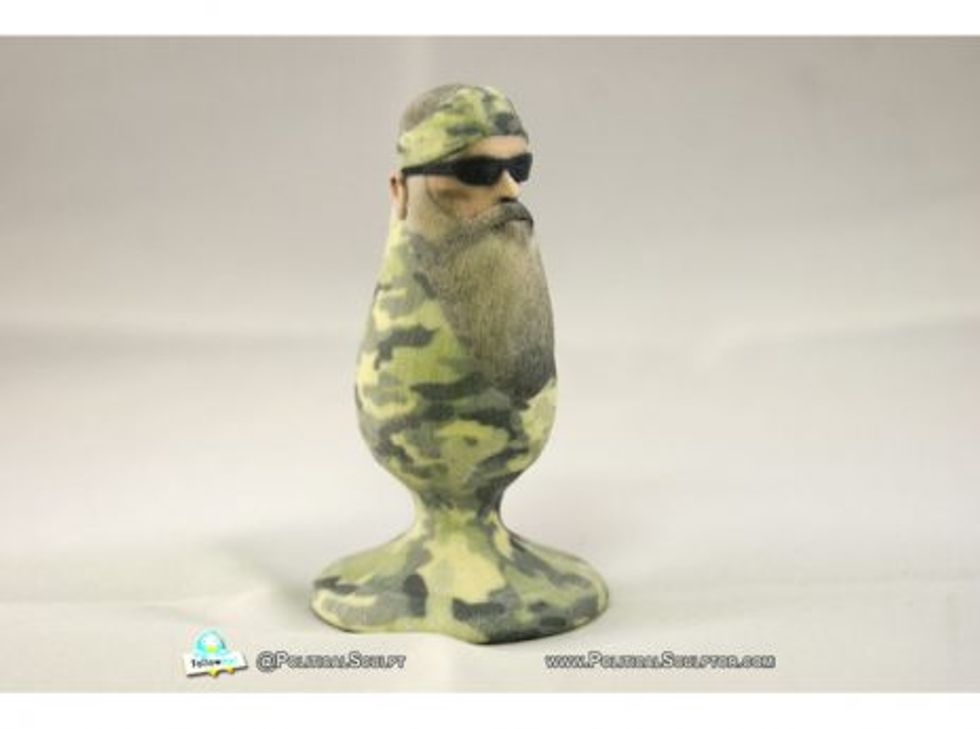 I asked Sosa how he felt when he heard that and he said, "I was really enraged and I was like, what better way to insult him back than to make a Donald Trump Butt plug." Sounds about right to me. This wasn't Sosa's first foray into the butt plug: "I've been doing butt plugs for a while," the artist told me. "The first one I did was of Putin... I wanted to ridicule Putin for his homophobic views. And since then I've been doing like Kim Jong-Un, George Bush, Marco Rubio, mostly homophobes, politicians and dictators." Other Notable butt plug subject include,  Ted Cruz,  Fred Phelps of Westboro Baptist Church, Phil Robertson of Duck Dynasty. 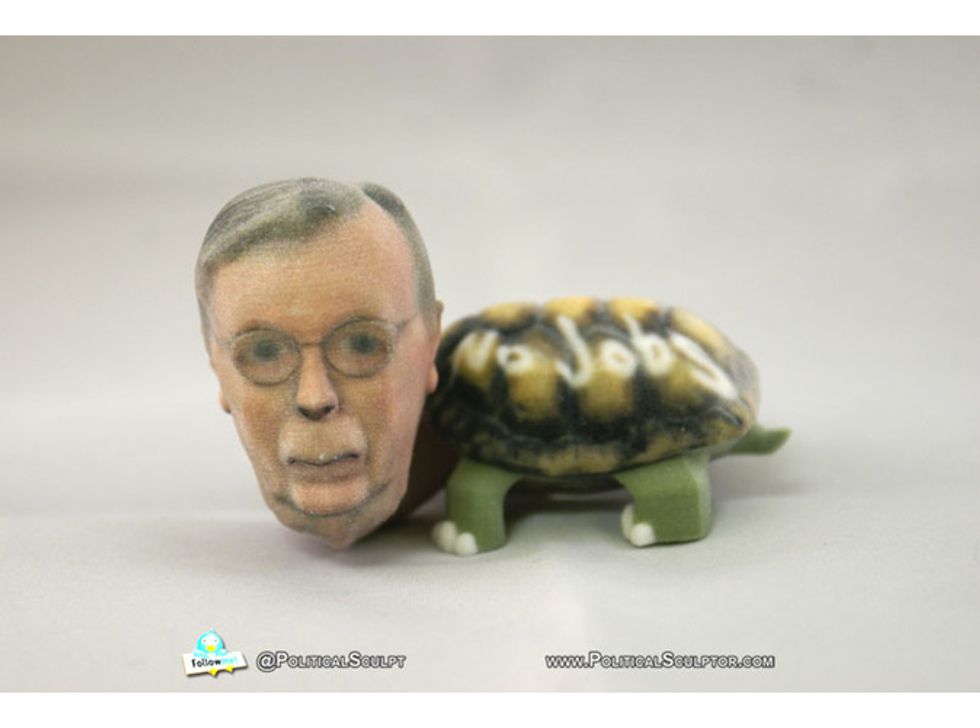 A true renaissance man, Sosa does not limit himself to butt plugs. He has created a Vlad the Impaler Putin pencil holder, and his other "inaction figures" include Chris Christie, Mitch McTurtle McConnell, Toronto Mayor and crackhead Rob Ford, complete with doughnuts and crack rock accessories and so many more! 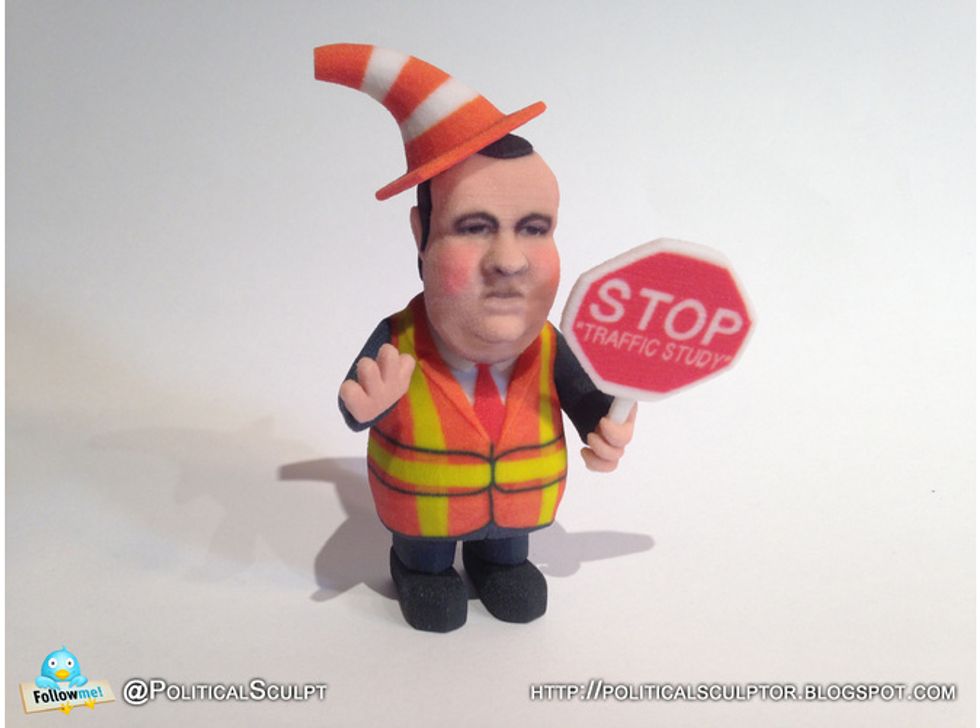 During the show, political comedian Justin Williams told Sosa, "I'm gonna be doing my nightclub act at the Trump Taj Mahal in Atlantic City, and if I could end with your product... plug your product... when I finish my act..." So that's what we're calling it these days? "Finishing ones act?"

I asked Sosa if he was concerned that his work would perpetuate "the stereotype of the political protest butt plug creating mexican?" He admitted he was aware of the impression that college-educated, business-owning, Mexican-born, butt plug 3D printing artists were ruining America. But what are you gonna do?

Listen to my full interview with Sosa on butt plugs and politics, as well as my discussion of social media fails with political comedian Justin Williams, Iran with Ali Gharib and Scott Walker with Meredith Clark!