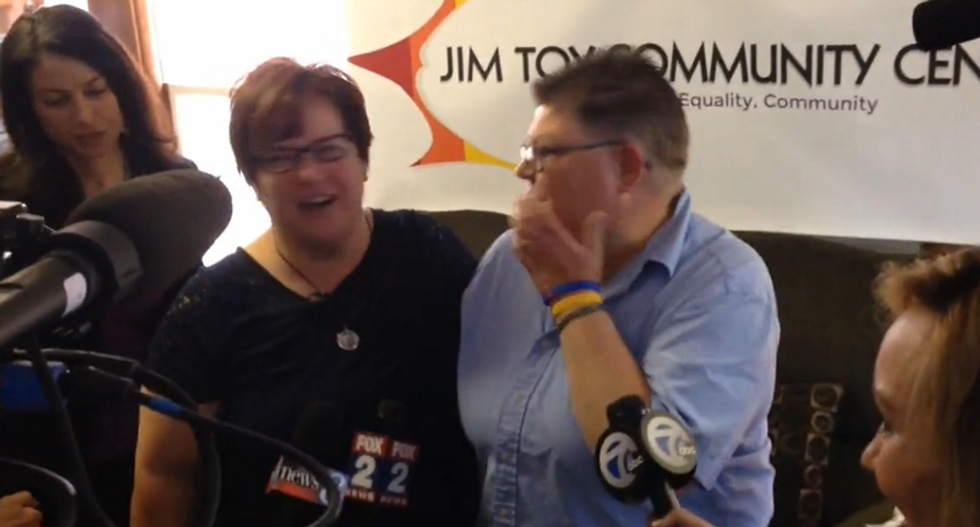 The state of Michigan lost big when it went up against same-sex marriage, to the tune of nearly $2 million, according to the Detroit News.

At the heart of the long-running federal lawsuit against the state's now-obsolete same-sex marriage ban are April DeBoer and Jayne Rowse, a couple that sued the state because they were not allowed to adopt children without being legally married, MLive reports. The case dragged on for three years.

"This case was both rare and difficult because plaintiffs' counsel were defending members of an historically unpopular minority,” attorneys Carole Stanyar and Dana Nessel wrote in the federal court ruling. "Although public opinion has shifted considerably in the years that this case has been pending, when filed, a decided majority of the Michigan population were opposed to marriage by same-sex couples."

The price tag includes fees for six lawyers, plus seven law clerks, multiple paralegals and experts from Boston, New York, San Francisco and Lansing, the Detroit News reports. The ruling in the women's favor comes almost exactly one month after the Supreme Court's historic same-sex marriage decision legalized the unions in all 50 states.

DeBoer and Rowse' landmark case was presented as part of the argument against state bans on same-marriage in the Supreme Court case, according to MLive.

The announcement comes as Michigan faces millions in revenue shortfall, according to the Detroit News.

In January, the paper reported the state faced a $325 million mid-year shortfall. Michigan's budget woes are blamed largely on tax credits for large businesses that have been cashed in.

Watch DeBoer and Rowse react to the Supreme Court's ruling, via MLive, here: