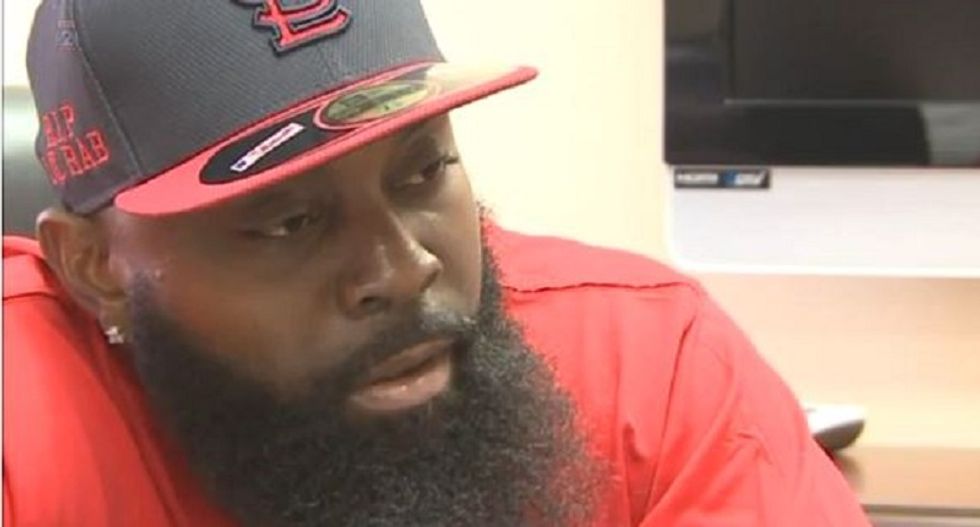 The haunting image of Mike Brown, an unarmed black teen who had been shot dead by white former Ferguson officer Darren Wilson last August, burned itself indelibly into the minds of many. He lay in the street for four hours as an outraged, grief-stricken crowd gathered.

His death helped launch a national movement against police violence.

It also inspired a white New Orleans artist to recreate the scene and some, including Brown's father, are lashing out at an art exhibit in Chicago that depicts it.

The exhibit entitled "Confronting Truth: Wake Up!" at the Gallery Guichard on Chicago's South Side by artist Ti-Rock Moore, is being criticized as exploiting the tragedy.

It's also white privilege that you @GalleryGuichard chose to use a white "artist" to portray the black lived experience vs actual black folk
— Johnetta Elzie (@Johnetta Elzie) 1436889840.0

"I really, really, really would like for them to take that away," Michael Brown, Sr. told local KTVI. "I think it's really disturbing, disgusting... That picture is still in my head."

He said he struggles every day to function by compartmentalizing the image of his son's death and staying busy. But the art exhibit brings that day back.

"The feelings that I kind of tried to ball up and put to the side a little bit -- I have good days and bad days still," he told KTVI. "That just brought the whole day back to life."

The exhibit consists of 50 pieces portraying American racism, including nooses and a neon cross bearing the words "white privilege," but the center piece is the recreation of Brown's body.

The Guardian reports Brown's mother, Lesley McSpadden, attended the opening, but had to have the gallery cover up the mannequin because seeing it would have been too painful. She had been under the assumption her son's depiction would be a photograph.

Moore declined to comment when requested by the Guardian. But the gallery owners defended the exhibit.

"This [exhibition] is something that needs to stay alive because we need to do what Ti-Rock says and understand what white privilege does to the African American community," Frances Guichard told the Guardian.

In a previous statement, Moore said of her work, "Honestly and frankly I explore white privilege through my acute awareness of the unearned advantage my white skin holds," according to Vibe.

It sparked a wave of nation-wide protests with marchers holding their hands up and chanting, "Hands up, don't shoot" based on video of a witness yelling that Brown had his hands up in surrender when shot by Wilson.

His death was among a series of violent killings by police officers of unarmed black people that created intense scrutiny on racism, police brutality, racial profiling and racial bias that pervades the entire spectrum of the American criminal justice system.

Watch the report from KTVI here: