'Mini Ice Age' on the way in 15 years, say scientists 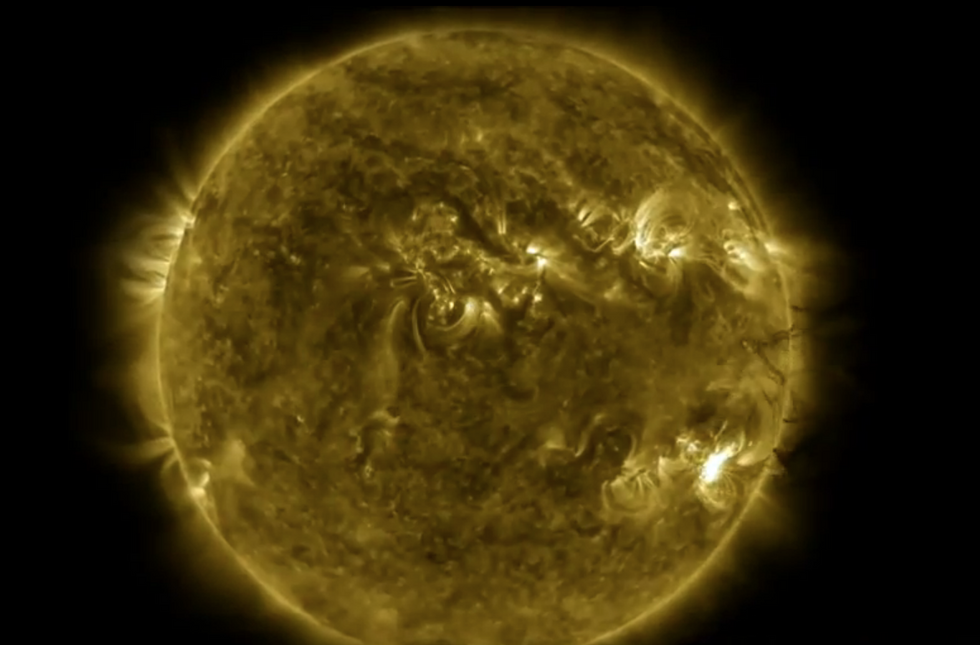 A study by researchers at Great Britain's Northumbria University say that competing physical cycles within our sun will cancel each other out in the next solar cycle, resulting in a "mini Ice Age" like one that gripped the Northern Hemisphere from 1645 to 1715.

According to the Telegraph, a team of solar researchers led by Professor Valentina Zharkova say that they have cracked a riddle that has long puzzled scientists and enabled them to predict solar activity with 97 percent accuracy.

In a meeting of the National Astronomy Meeting in Llandudno, Zharkova said two dynamic fluid plumes within the sun will be working in opposite hemispheres, effectively canceling each other out and bringing about a rare period of extremely low solar activity.

“[In the cycle between 2030 and around 2040] the two waves exactly mirror each other -- peaking at the same time but in opposite hemispheres of the sun," she explained.

"Their interaction will be disruptive, or they will nearly cancel each other," she said. "We predict that this will lead to the properties of a ‘Maunder minimum.'"

The Maunder Minimum is the 70-year period from 1645 to 1715 when North America and Europe experienced very cold winters due to lower solar temperatures and minimal sunspot activity.

"In England during this "Little Ice Age,'" wrote the Telegraph's Dan Hyde, "River Thames frost fairs were held. In the winter of 1683-84 the Thames froze over for seven weeks, during which it was 'passable by foot,' according to historical records."

Zharkova said that scientists have long known of one convecting dynamo of fluid deep within the sun, but have found its cycles and movements difficult to predict.

However, the Northumbria team have discovered a second fluid plume that interacts with the first.

"We found magnetic wave components appearing in pairs, originating in two different layers in the sun’s interior," she said.

The two fluid dynamos operate in eleven year cycles, although these cycles fluctuate in length and intensity. By calculating the effect the two systems have on each other, the team has reportedly been able to sharpen the accuracy of their predictions for solar activity.

"Effectively, when the waves are approximately in phase, they can show strong interaction, or resonance, and we have strong solar activity," Zharkova said, producing hotter weather and a higher number of solar flares and other events.

"When they are out of phase," she went on, "we have solar minimums. When there is full phase separation, we have the conditions last seen during the Maunder minimum, 370 years ago."