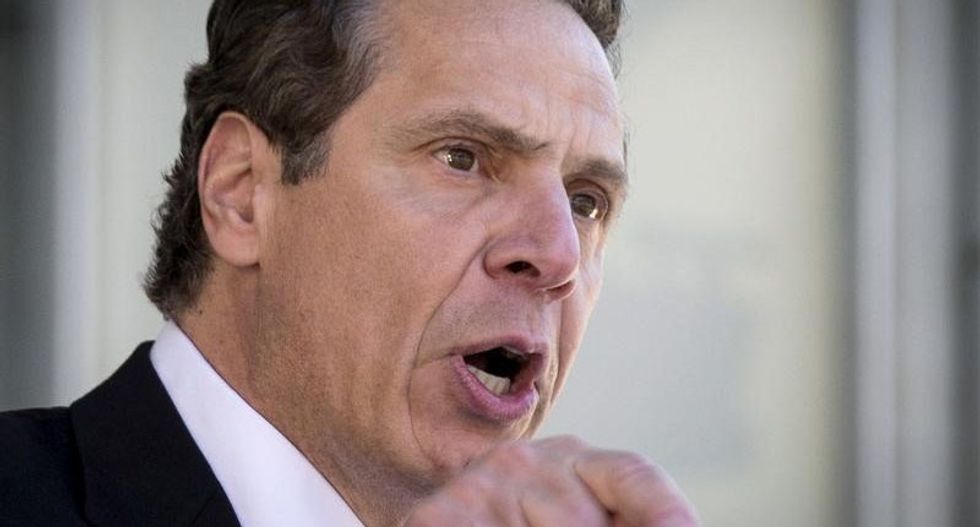 New York Governor Andrew Cuomo on Friday ordered heightened security measures across the state over the U.S. July Fourth holiday weekend in response to a call for vigilance by the federal government.

"We are keenly aware that New York State remains a top target for terrorists," Cuomo said in a statement.

The Department of Homeland Security and the Federal Bureau of Investigation have issued an alert calling for local authorities and the public to remain vigilant for possible threats following recent calls for violence by Islamic State militants.

In New York City, the nation's largest municipal police force assigned about 7,000 officers and nearly all its counterterrorism personnel to handle security around Independence Day events.

Cuomo expanded the stepped-up security measures to include the entire state in a directive to the New York Division of Homeland Security and Emergency Services.

"In response to the warning by the federal government, New York State is taking steps to increase monitoring and communication with our local, state, and federal emergency management and law enforcement partners through the holiday weekend," Cuomo said.

The state's homeland security department also will increase the staff on Saturday at its 24-hour Emergency Operations Center and the New York State Watch Center, which monitors events across the state.

The French attack was on a U.S.-owned gas company.

Separately, State Department spokesman John Kirby said in a statement that diplomatic posts had been reminded to carry out routine security reviews several weeks before the holiday.

The reminder is "done before all major holidays, and is not indicative of any specific security threat," he said.

In Washington, nine security checkpoints will be set up to screen the tens of thousands of visitors expected for fireworks and festivities on the National Mall. Coolers, backpacks and packages are subject to inspection, and about 18,000 feet of chain link fencing will be installed, the National Park Service said.

The U.S. capital was jolted on Thursday by the false report of a gunman at the Navy Yard military base that triggered a massive security response.