'None of this looks good': Cenk Uygur rips #BlackLivesMatter protest against Sanders and O'Malley 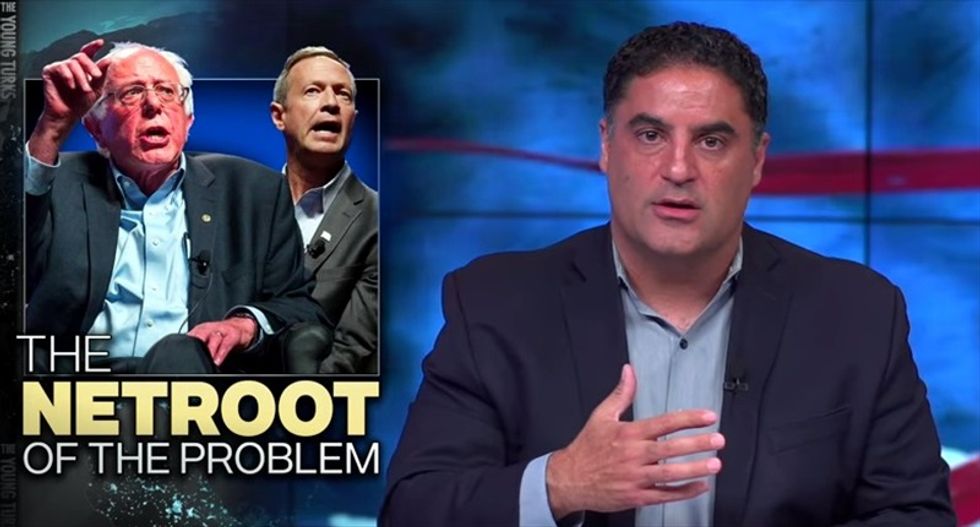 "None of this looks good," Uygur said on Monday. "If you care about this movement, I don't think today's the day you celebrate and go, 'Got 'em.' I wish this helped, but I really don't think it did."

Uygur showed footage of the demonstration during town hall appearances by Sen. Bernie Sanders (I-VT) and former Maryland Governor Martin O'Malley, including the crowd jeering O'Malley by using the phrase "white lives matter, all lives matter" during one response. Critics have argued that adding those descriptors minimizes the issue of police violence in black communities.

The host also showed video of the movement's co-founder, Patrisse Cullors, saying, "If I die in police custody, call my mom, then burn this sh*t down."

The statement was a reference to the #IfIDieInPoliceCustody tag that gained interest following the deaths of Sandra Bland and Kindra Chapman, but Uygur argued that that type of statement did not help the situation. He also knocked activist Tia Oso for saying after the demonstration that the candidates "have a lot of homework to do."

"I would challenge you and say you've got a lot of homework to do," Uygur said in response. "In how to do this in a way to get people on your side."