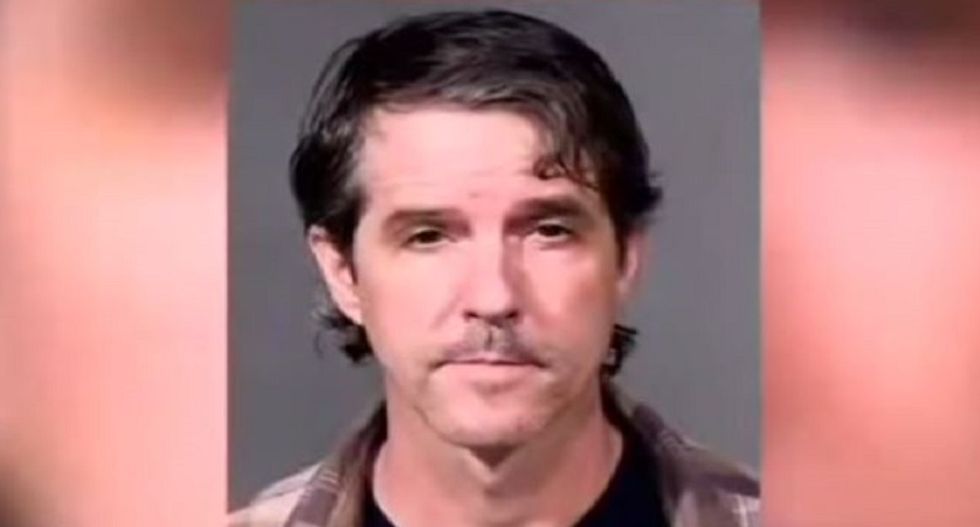 An Arizona minuteman leader accused of molesting two little girls could soon personally cross-examine the 7-and-8 year olds because a judge ruled their mothers were not qualified to say whether it would traumatize them.

Chris Simcox is representing himself in an upcoming trial in which he is accused of child molestation, the Arizona Republic reports. On Tuesday, he cross-examined the accusers' mothers. While Judge Jose Padilla has cleared the way for Simcox to next confront the children, the prosecutor and victims' advocates are trying to stop it from happening.

Padilla ruled in April that Simcox has the right to question the children, prompting attorney Jack Wilenchik to file an emergency motion with the state supreme court, according to local station AZFamily.

"There can't be any more important right for a victim, especially a child victim, than not to be cross-examined by their own molester," Wilenchik said. "If we're not protecting kids from that, then what's the Victims' Bill of Rights for?"

According to the Arizona Victim's Bill of Rights, accusers can " refuse an interview, deposition, or other discovery request by the defendant."

Prosecutors tried to prevent Simcox from questioning the girls by requesting that his queries be asked by a third party. Padilla denied the request, and prosecutors appealed the denial. The trial was delayed pending the decision on the appeal.

In Tuesday's hearing, Padilla heard from a psychologist and the alleged victims' mothers who told the court that testifying in front of Simcox would further traumatize the children. The hearing is set to continue July 23.

One of the children's mothers, Michelle Lynch, wrote a letter to Padilla in April, pleading with the judge to prevent Simcox from questioning her daughter. In the letter, reported by the Southern Poverty Law Center, she described a happy, well adjusted child who turned extremely fearful and distraught after her encounter with Simcox.

She now has nightmares and does not fall asleep without complaining of her stomach hurting. She also complains of being ‘sick’ when I have to leave her. She does not sleep through the night and most nights she finds her way into my room, even though she has her own room and bed. She worries about the doors being locked and asks over and over if they have been secured.

But Padilla ruled in favor of Simcox, saying that "with all due respect," the mothers of the girls were "simply not qualified" to assess whether being cross-examined by their accused molester would do damage to them.

Simcox was arrested in 2013 on charges he victimized two 6 year olds and a 5 year old, Fox News Latino reports. According to ABC News, he has a "long history" of working with children. He taught kindergarten through third grade for 13 years before becoming a private tutor.

In 2005, Simcox rose to national fame when he launched a chapter of the Minutemen Civil Defense Corps, which is an armed anti-immigrant group that voluntarily patrols the US-Mexico border. He became a staple on CNN and Fox program "Hannity & Colmes." He toured the country giving anti-immigration speeches, SPLC reports.

According to the SPLC, one of Simcox' ex-wives had also accused him of molesting his own daughter from their marriage. Another accused him of slapping his 4-year-old child hard enough to leave a mark on his face for days.

According to the Arizona Republic, his criminal trial, in which a defendant representing himself insists on cross-examining his accuser, who is a child, is a  "case of first impression," meaning it could be precedent-setting.

Watch a CBS News report on the case here: